Tutorial: How to Hit Powerful Ground Shots in Rocket League

In this tutorial, MooseTDI talks you through the best techniques to play powerful ground shots in Rocket League. The article includes video clips and a training pack code.

One of the most important things when you’re trying to make an offensive play in Rocket League, is the ability to be able to hit the ball accurately as well as fast and hard.

Being able to generate considerable power on your shots and potentially score them from any range can play a huge part in seeing your skill increase in offensive areas.

Combine this with other techniques such as reading bounces, rotations and positioning, and you will soon find yourself climbing the ranks.

Adding fast and accurate shots to your offense

In this guide, I’m going to show you how to hit the ball in the best possible way. We will be using a variety of cars to give examples of what I am demonstrating.

If shooting is something that you’re struggling with and you need some tips to improve then stick around because this article is for you.

Covering all types of cars

The ‘hitbox’ is the area around a car that the ball will respond to when hit. There are 5 different presets when it comes to hitboxes within Rocket League.

Here is the breakdown of the various cars within each preset:

The cars I will be using in this tutorial are the Octane, Dominus, Breakout, Skyline GT-R and the ’16 Batmobile (The ’16 Batmobile used to have an exclusive hitbox. However, in the most recent Rocket League update, all Plank hitbox cars were adjusted to match the ’16 Batmobile.)

Where to hit the ball

However, people tend to forget out two crucial things that are necessary in order to consistently succeed in achieving this: Where and How to hit the ball in order to get it into the net as fast as possible.

This is a Rocket League ball. Pretty straight forward, right? But did you know that there are essentially nine areas on the ball that you can hit to send the ball a certain way?

Now that I’ve mentioned that you are probably thinking, “Yeah that’s kind of obvious!” You’d be surprised, though, how little players are thinking about where best to hit the ball so that it moves from your car to the net in the most effective manner. Let me explain.

This graphic shows the nine areas you can hit the ball to send it in any given direction. The directions are as follows:

When you’re taking a shot on the ground, you’re going to aiming either at Row 2 or Row 3. In the air, however, you could be aiming at any of these three rows depending on the shot you are trying to take.

Best methods for hitting the ball with your car

Hitting the ball forward without a drastic change in height:
The best way to get a solid connection with the ball and generate maximum amounts of power is with the front left and right corners of your car.

These are the most effective parts of the car’s hitbox, transferring the most power onto the ball. The front of your car can also generate decent power too, so be sure to use it to your advantage!

Hitting the ball forward and upwards
To get lift on the ball, you need to hit it on Row 3 (as shown above).

Both the back (spoiler area) of the car as well as the front can generate good height and somewhat decent power if timed correctly during a forward dodge.

Parts of your car you should avoid using to take a shot
As a rule, you want to avoid using the roof of your car and underside of your car to hit the ball as these are the weakest parts of the hitbox and generate the least power. The underside generates virtually no power at all.

Hook shots:
Where you rotate wide away from the ball and then cut back into the ball hitting it with the front or corner of your car

Air roll shots:
Where you jump and air roll away from the ball and then dodge into it with the corner of your car

Chip shots:
Where you simply drive into the ball to chip it high into the air, usually followed up with an aerial or backboard attempt. These types of hit can also used to pass to a teammate.

Powershots:
Hitting the ball in the or sometimes nearer to the bottom of the ball as it’s bouncing back into the air, usually towards you.

Here is the training pack used in the gifs above for you to try them out for yourself!

Try to get good speeds on these shots. If you get any less than 100kph/60mph on the long-range shots or 85kph/52mph on the close range shots, re-do the exercise until you beat it.

Alternatively, if you want to develop consistency, you can go into free play and pass the ball to yourself by hitting it into the wall.

If you’d like additional help mastering these shots, you can book a coaching session with me where we can talk and take your game to the next level. 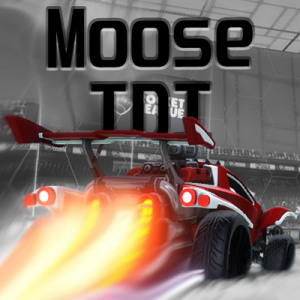