One of the best parts about Rocket League is that there are so many different routes one can take to improving as a player. A player may spend hours in custom training perfecting top-corner redirects while another player grinds through the ranks.

In this post, I’m going to give you ten great ways to improve at Rocket League in 2019. You don’t necessarily need to do all ten of these, even just picking one and focusing on it for a few days will help you go beyond the average player.

I tell people this all the time in the coaching sessions I’ve done. I can just see it in a playstyle sometimes: ‘this person needs to go play 1s.’

Playing 1s is important because it will teach you basically every mechanic you’re lacking: , reaction time, dribbling, speed, shot making, etc. Basically, 1s is THE way to up your mechanics.

Most players think that the primary problem in gameplay is that players just don’t understand how to rotate, are “ball chasers” or they have terrible game sense. The truth is that most people just need to improve their mechanics, whether its those small aerials or ground shots, where perhaps implementing a small air roll, dribbles, speed or recovery are all that is necessary.

All these things can be improved by playing 1s until it’s your highest rank. This is the best but hardest advice for players. If you really want to improve, it’s a great option.

Number nine on my list is actually one of my favourites (NB. these tips are presented in no particular order).

Picking a skill or a mechanic that you currently cannot perform — or maybe something that’s difficult for you — and devoting all of your time to mastering that one thing can be a fantastic way to improve at Rocket League, even if it’s something that’s not clearly important for the game.

Related: How to Hit Powerful Ground Shots in Rocket League

Maybe you want to be able to air dribble for a long time or hit flip resets or just be able to drive around with the ball on top of your car; I’ve always said that when you master a skill in rocket league you’re improving at so much more than that one thing.

I took my family on a vacation to Hawaii a few weeks back which meant I wasn’t able to play Rocket League for about nine days.

It was so weird coming back and just hitting the ball around in . It actually made me a bit dizzy. However, once I got back in and started playing ranked again it felt so good just to be back after a break.

If you’re in a rut or you feel like you just keep getting tilted, consider taking a break, whether its one day, five days or a month. Go have some other experiences outside of gaming: you’ll come back refreshed and excited about the game again.

7. Stop Worrying About Your Rank

This one is easy to say, but quite hard to implement: stop worrying about your rank and start focusing on improvement. It’s a much better approach to getting better and actually ranking up and happens to be far more fun.

I can honestly say that I’m finally to a place in my Rocket League journey where I really don’t care about my rank. I can play for an hour with my brother, we can lose virtually all of the games we play and I can go to bed just as happy because I truly don’t care that much about my rank anymore.

Again, this is easier said than done and it does take of hours to get to this point. But it works if you can do it.

Number six is one that a lot of people seem to overlook or they simply don’t want to take the time to do it: watching your own replays is SO UNBELIEVABLY helpful, especially if you are somebody who watches high-level game-play.

You will see all the mistakes you’re making so much more clearly when analysing your replays than when you’re actually playing. It will also give you a clearer picture of where you need to improve. You can figure out your weaknesses and begin to work on them.

5. Play With People Who Are Better Than You

I think this is a tough one for some players but it may be the best way to improve quickly at Rocket League (or really anything in life). If you can get paired up with some helpful players who are significantly better than you and start playing with them regularly, you will improve incredibly fast.

My brother started playing Rocket League significantly later than me. I believe I had already reached around 1,000 hours when he started and now we’re at the same rank (me with about 4,000 hours and him with around 1,500 hours). He had only played for a few months before he beat me in a 1s match.

If you can find some people who are willing to have you play with them and you’re willing to take criticism and learn, you’ll improve very quickly.

Recently, I was talking with Doughnut King, a fellow Rocket League coach, and he was telling me about a friend of his who was able to get to Grand Champ in virtually no time because for his first 400 hours, he basically just worked in and custom training. Because his mechanics were so much better than most players who had comparable hours, he was able to climb through the ranks faster than the average player.

Number three on my list is to watch players who are better than you. Try watching lots of different players, including events like RLCS and really try to keep an eye out for the little things that pro players do ly than you.

Some examples would be the way Squishy Muffinz always seems to be supersonic without using very much boost. How does he do that? Or how JSTN recovers so cleanly. Then go and give it a try yourself.

Try to match the kind of controlled pace at which those players play. Watching better gameplay helps you see where you need to improve.

If you just started playing Rocket League and you’re having fun trying it out, you need to just keep playing and put in the time, and worry about hiring a coach a bit later down the road. Everything else I’ve talked about applies to you, but really a brand new player just needs to play.

However, if you’re grinding through the ranks, no matter what rank you’re at, hiring a coach is probably the single best thing you can do to improve at Rocket League. This really is a fantastic way to understand the game better and improve and rank up. Coaches have gone through what you’re going through and they know what it takes for you to improve.

All too often we think we understand this game and, sadly, we don’t realize just how in the dark we may be. A great Rocket League coach can help you see where you need to focus your energy, and give you a clear path to improving and ranking up. Oh, and if you’re playing seriously as a team there are coaches for that too.

1. Relax and Have Fun

Number one on my list is to just have fun. Relax, enjoy the game, don’t take it too seriously, in spite of everything I’ve said so far. If Rocket League isn’t fun, I don’t see what the point is of playing it.

Even though Rocket League is, at its core, a competitive PVP game, it is meant to be something that people enjoy. It’s easy to become obsessed with your rank or your skills, just to be able to show people what you’ve accomplished. Focusing on improvement is only worth it if you’re having fun in the meantime.

I hope you have found something in this article that you can take and apply to your game immediately. May your Rocket League journey always be an adventure. 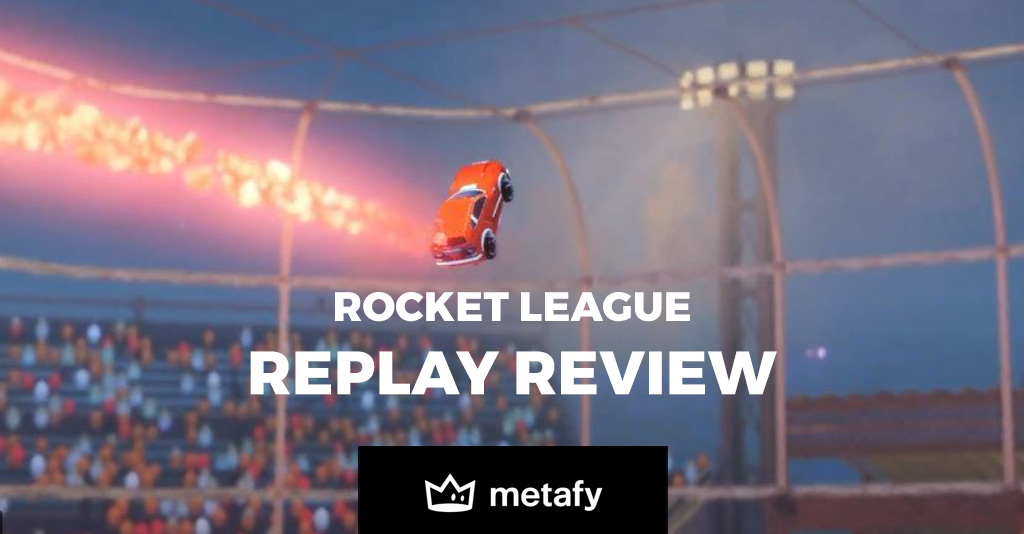 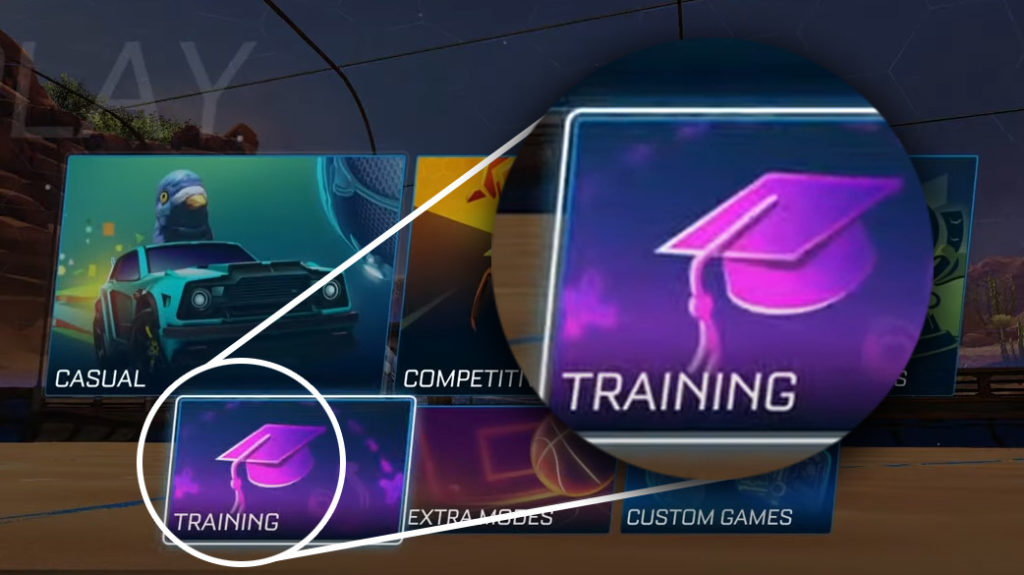 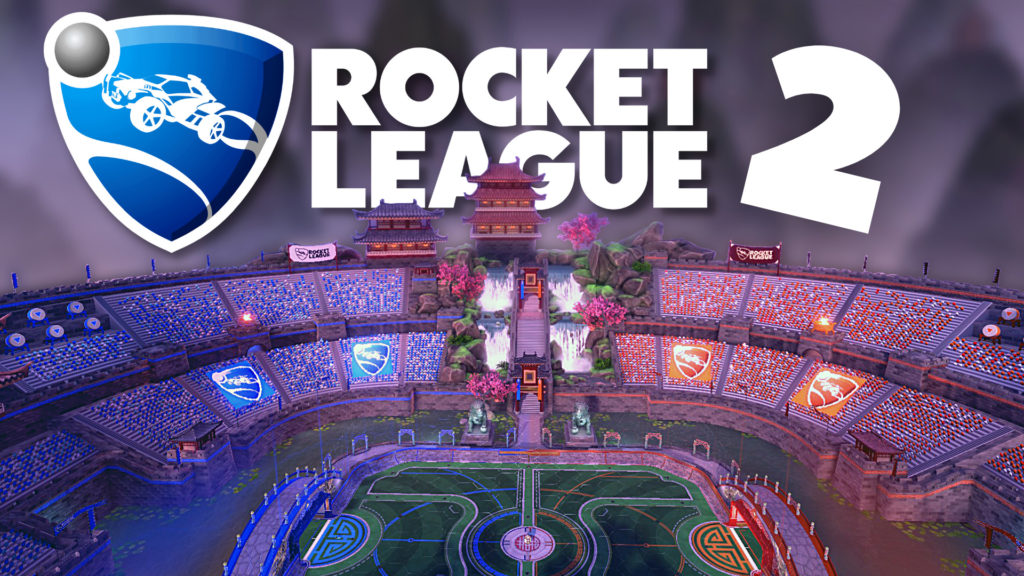 Read More
FLuuMP
PrevPreviousTutorial: How to Hit Powerful Ground Shots in Rocket League
NextGet past your Opponent with these 3 Clever GoalsNext