In this post, Skaggy explores one of the more unusual game modes that Rocket League has to offer. Here are five ways you can get ahead playing Snow Day.﻿

If you are anything like me, you may have started exploring some of the extra-curricular game modes that Rocket League has to offer.

One of these game modes is Snow Day. Replacing the ball with a puck, the gameplay changes immeasurably, offering a unique challenge to even the most hardened pro.

Here are five tips and tricks that will definitely up your game on the ice!

1. Don’t let the puck go above your goal

The puck is very difficult to read. At times, it can be more difficult to read than the standard Rocket League ball, especially when it is spinning like a coin on the ground, twisting in the air, or just simply sliding across the surface.

In regular Rocket League matches, you want to keep the ball from being above your net for too long because people can score double touches with insane angles or other crazy goals. This same concept applies in Snow Day: an opponent could tap the puck down in front of the goal for a pass or the puck could just slide down the wall in front of your net as a pass.

When the puck is sliding across the wall and it falls in front of your goal, it can be a nightmare to defend. The best way to avoid a goal is for one of the defending team to follow the puck up the wall and hit it away before it has a chance to drop in front of their own net.

Ensuring that the puck never lands in front of your net, then, is crucial to playing successful defence in Snow Day.

2. Remember the puck has less height than a ball

In Rocket League matches with the regular ball, we all jump in the air to hit the ball whether we are going for a shot, pass, clear, save, aerial, etc.

In Snow Day, most of us maintain this tendency and jump for the puck the same way we jump for a normal ball. However, when the puck is flat on the ground, it has very little height.

As a result, if players try to front flip a sliding puck when it is flat on the ground, it is common to see them jumping over the puck and missing it entirely or having a bad touch on the puck because of their jump.

This is not to say that you should stop jumping for the puck entirely. There are times when the puck will be in the air and jumping to his it is necessary.

To be successful in Snow Day, you have to adjust to the shape and size of the puck.

3. Use the ceiling for shots & passes

As you start to rank up in Snow Day, you will typically start to see more and more people hitting the puck hard at the wall so that it slides up the wall to the ceiling and falls down.

The reason for this is because hitting the puck up the wall allows it to slide across the ceiling and fall down as a pass or as a shot. This situation also allows for advanced players to follow up the puck and try to go for a ceiling shot or double touch.

An ideal strategy would be to hit the puck up the wall and follow it up with a second touch to either make a pass or a shot. If you hit it hard enough with the first touch, there won’t much reason to follow the puck. Just let it fly!

Here are three examples of how the puck moves off the ceiling: a ceiling shot and two shots where the puck slid across the ceiling into the goal.

You might notice in one of xamples, the defender jumped over the puck and missed the save, which is an in-game example why making sure you don’t jump over the puck is important!

It’s pretty common for pinches to happen completely by accident in Snow Day. If two cars are trying to hit the puck at the same time, the pinch between both cars can cause the puck to go flying.

Pinches are a regular occurrence on Snow Day. With this in mind, you should think about pinches and try to go for them when you have the chance.

The easiest way to go for for a pinch is to try and pinch the puck on the wall in a style identical to the Kuxir pinch.

Another lesser known yet effective way to pinch the puck is to actually jump off of the ground, fall down towards the ground a little bit and use your second jump to front flip, pinching the puck between your car and the ground.

5. Remember you can sit on top of the puck

The four previous pieces of advice were tips to help your gameplay. Here is a piece of information that’s just interesting and fun to do!

If you are bored practicing Snow Day, or you are winding down the final seconds of a game, one fun thing to do is to try and jump on top of the puck, ideally when it is not moving.

When you are sitting on the puck while on the roof of your car, you can actually turn your car slowly and move the puck around, but it is pretty easy to fall off because if you turn too hard, your car will flip over onto its wheels and you will likely fall off of the puck.

If you would like so see the video version of this tips and tricks lesson, watch the link below.

Passing plays are difficult to execute in this game mode. Most passing plays in normal Rocket League games are done by passing the ball in the air. You can try doing this in Snow Day but it is very difficult to pull off.

If you and your teammates are skilled enough to make passing plays in the air with the puck, go for them. But if you are not that skilled, try passing the puck on the ground and redirecting touches while keeping your car grounded. This can make for some very unexpected plays.

When going for 50/50 challenges where the puck is flat on the ground, you can typically win more challenges by keeping your car on the ground and just driving through the challenge without flipping. This makes challenges especially easy to win if your opponent jumps or flips while challenging instead of staying grounded.

If you’re interested in getting some personalised coaching for Snow Day, we have some available. You should also head over to the Rocket Hockey League Community for their tournaments and Discord exclusively focused around the Snow Day mode. 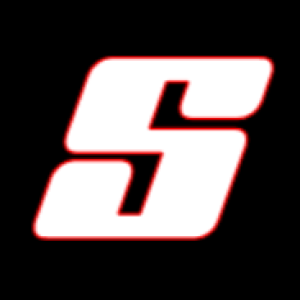