In this article, Psema narrates his own journey from small-time Rocket League player to Grand Champion and beyond….

At the beginning, it was plat…

Don’t blame me. Blame Psyonix, the way placement matches work, lag, and your teammates. That’s how it was.

The game dropped me right into platinum ranks and it was going to be an uphill battle from then on. Just keep in mind, plat was nowhere near where plat is now.

It was lots of fun. People were rocking all sorts of weird car designs and antennas. No flaming in chat. Incredibly addicting.

One key moment stood out from the rest: I stumbled upon JHZER and MK in a ranked 2v2 match. At the time JHZER was one of the most subscribed Rocket League YouTubers, and famous for his freestyling passing plays with MK.

Before you get your hopes up I wanna quickly remind you I was far from a complete player at the time, but hard resets gave everyone the chance to meet incredibly skilled players.

In the end, we played so bad that we didn’t even make it into the montage. But this raised the bar for me and that was all I needed.

I kept playing rocket league casually for a couple of hours every other day after my long days at my university.

It was still a lot of fun. But there was a problem. There was a burning desire to prove myself and climb the ranks. To be a better player. I know you’ve felt it too.

And that’s exactly what I did. Luckily, the YouTube scene was blowing up with pro players, with the likes of GarrettG, Fireburner, Torment, Squishy Muffinz, Rizzo, Jknaps, Kronovi, Sizz, Turtle, ViolentPanda and OSM (the list goes on) all putting out incredibly valuable content.

This, was my chance and I took it. Watching videos and analyzing ended up becoming even more addicting than playing the game itself.

Putting myself to sleep, while watching Squishy videos with Lo-Fi Hip Hop in the background was the new meta.

Getting down to business

Sadly, even though I tried, I couldn’t pull off the things I saw in videos. I was, however, learning incredibly fast just from watching: all I had to do was put my newly gained knowledge into practice.

Training packs, freeplay, dribble challenges, pausing videos and watching at 0.25 per cent speed and then trying to recreate mechanics in-game: you name it, I tried it.

You might have guessed that I had to focus on the game 24/7 to pull this off. But in reality, I was training 15 minutes a day and playing games for 45 minutes: a total of 1 hour of gameplay a day.

Watching YouTube while eating, before going to bed, when commuting would also take up to 1-2 hours per day. But it was not taking away from my day so it never felt like a hassle.

After a week of following the 15-45 schedule, I could feel and see the difference.

In fact, my 15 minutes of training were helping so much and becoming so rewarding that I couldn’t stop. I ended up splitting my time 30-30 and after, a week, I ended up training for 60 minutes and playing 0. Yes, zero.

Time was really limiting. Having to maintain a healthy lifestyle was not easy and university assignments were pressing, so it was a tough decision that I had to make.

But training was helping me too much. I just had to toughen up and accept that I didn’t have time to play. I was going to achieve my goal no matter what.

Not playing for weeks at a time was hard. But it boosted my motivation to become a better player massively .

After a month of training, I was finally happy with the player I had become. I decided to test my skills in 2v2. The result was a complete success, managing to get Diamond in a matter of days, in a win-streak fashion.

A diamond player and a dream

At this point, I became aware of local competitions and tournaments.

That was the next huge test for me. A major Greek competition where the best players from around the country competed. Teams full of Grand Champions, even top 100 players.

I was subbing for a team that was doing really bad in league play so the chances of winning any of the remaining games were pretty slim.

To my surprise, I was able to hold my own against the very best. We ended up losing each and every game but I knew this was about to change.

The rest is history

As time went on, I was able to refine my methods and adopt new levels of gameplay.

From this point forward, it will always be a game of adaptation. I knew the way, I knew what I needed to do. I just kept pushing.

After a long gaming session with one of my best buddies on a warm summer night. This happened:

I took my headset off. Closed my eyes. Put my face against my desk. Took a deep breath and let it sink in.

It was the first time I hit Grand Champion. I looked at the clock at the time was 5am. I felt incredibly happy at that moment.

And then, my mother walked in to check in on me on her way to get a glass of water. She looked at me at disbelief. “Are you still gaming?” she asked and I could feel a sense of despair in her voice.

I never replied. She wouldn’t understand. But she was also right.

Soon Grand Champion in 3v3 followed against one of my favorite YouTubers at the time.

After that, I even managed to win games with or against some of the best RLCS players and soon established myself as one of the best players in my country, winning multiple 2v2 and 3v3 competitions.

Streamed getting 1700 MMR on twitch.tv/psema96:

At this point, I was already taking time off playing to focus on my coaching.

Since helping people was my new priority, I decided to become an active part of the Greek community supporting prize pools and organizing tournaments so that other people had the chance to experience what I experienced.

It’s lonely at the top.

Throughout my journey, I always had support from teammates, friends and the community. But now finding teammates seems impossible, grinding takes a considerably great deal of time and finding the motivation to keep going is increasingly harder.

As it should be. Only a few people will ever make it to the top and for me to make it up there would require quite a few changes in my life.

This is not the end, however, it’s a crossroad and maybe a new beginning.

On a happier note

I couldn’t be happier with my life after Rocket League. If I had the chance, I would do it all again.

Over the years, I made some true friends, had a lot of fun and managed to have a fair share of success.

Truth is, Rocket League taught me so much about life and it was an incredibly satisfyingly bumpy ride. But this would never be a complete story if I never mentioned one of the best experiences of my whole life:

Nowadays, there are a lot of great resources out there for improving at Rocket League. Training and playing games are part of the path. But if you feel you need some extra help, or a higher level player to help you see and understand what is going on with your game, GamersRdy has many great coaches that have been at your position and understand how you power up to the next level. Thanks and if you ever see my name at an online lobby or live event feel free to have a chat! 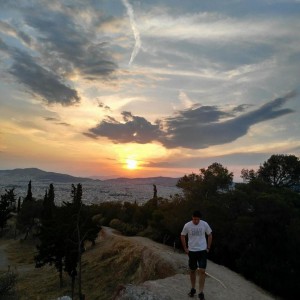