Beginners Guide: How to Warm Up using Bots

In this article, RuneKingAlex runs you through a training system using bots that will help you to get good and warming up routine at Rocket League, aimed at Bronze & Silver players.

Not everyone has the time to get good in Rocket League and some players can be very insensitive to the lack of engagement displayed by their random teammates. We know that Rocket League is a constantly evolving game (which is part of the reason it’s still so much fun) but there are some ways you can increase your odds by following some of these tips.

If you are playing Rocket League in ranked, here is a little warm-up guide that could make your playtime less littered with toxicity.

Welcome to the Bronze

On your first few games, you might be awed by the precision and speed of your opponents as Psyonix’s match-making system will try and figure out your real level by throwing you into the arena with multiplayer beasts. You might even catch a glimpse of Gold or Platinum ranked players if you’re lucky.

You will certainly be quick to realise that, whatever happens, there will be some skill acquisition in your near-future. Do not panic. Just don’t play online yet.

At that point, the goal is mostly to learn how to control the car and hit the ball. Make sure you leave ‘Ball Camera’ on and spend some time in the settings to make yourself comfortable. Skip anything you like but do not skip camera settings. I’m serious. You need to change them. Now.

Once you’ve completed Amateur level, repeat with bots at the Pro level. If you lose, start over from Amateur before going back to Pro.


Action: Set the bots to All-Star. It’s like that football training where you shoot further and further from the goal until you miss and then start over.

At the Bronze level, you will subconsciously be affected by the opponent’s speed and ability so it’s important that you get used to slowing down and speeding up along with your opponent and still win your games.

Once you beat an All-Star bot, you should be about ready for some decent online play. Just head over to Online Ranked and brazenly defy anything that comes your way. You will not get past the Bronze level just yet, but at least you can put up a decent fight and have some fun.

As long as you remain ranked in Bronze, defeat all the bots before starting an online session. You will soon notice that the warm-ups becomes a bore and you will become tempted to skip Amateur and Pro altogether.

Just remember if you feel like your game starts to deteriorate, you can always go back to the basics. But before you know it, you will be promoted to the Silver rank.

When you reach the Silver rank, you will notice that people can get a little toxic sometimes… Don’t worry, they’re far worse in the higher levels. The fact of the matter is that some players have started to take this game a bit more seriously and you probably do too at this point. It’s time to level up your game as well.

At this point, you will need to add a very specific skill in your warm-up: Rotation. Here is an overview at what rotation can look like.

Next up, head over to the mutators selector in Exhibition Mode and change the ball size to ‘small’. Think of it as playing with weights on. Later, when you will go back to playing online, everything will become easy because the ball will have become a huge target that you can’t believe anyone could ever miss.

Win your usual 1v1 against an All-Star bot, then play a 2v2. If you win that, go on to a 3v3. You might think it’s easy at first but, somehow, you will lose a lot of games, especially in 3v3. This is the ‘dumb teammate’ effect. Your theoretical knowledge of rotation will seem out of place at first but soon it will start to make sense as you get into your teammates’ rhythm.

While the artificial intelligence in Rocket League is only capable of very limited role and positioning, you can use it to experience playing with dumb teammates. The bots will crash the ball if it ever gets too close to the ground. They score own-goals too. A lot.

You will have to learn to positively support an inept player, learn to read where the ball might get bumped to, learn to identify when a teammate is attempting a dangerous challenge, learn to jump a little higher to get to the ball first, and learn to use your dodge to push the ball where you want it and speed up your play without wasting boost.

Action: In your 2v2 All-star bot match, send the ball around the far post corners and make it land in front of the enemy goals so that your dumb teammates can crash the ball into the net and benefit from your expert assisting.

Once online, do not forget that positive reinforcement will bring you leaps ahead of any criticism. Even if your crew of randoms is clearly lacking, just forgive and forget and they will soon rally around you. Drop one snarly comment, though, and your teammates will invariably get tilted and lose it. And I mean lose it. You would be surprised about how easily one gets bumped by a vengeful teammate.

Learn to live and die for the team while serving everything to your teammates on silver platters. You’ll have a lot of Rocket League fun in the process and, if it goes well, you might even end up in Gold.

The Pot of Gold

Gold is where players have unlocked their inner potentials and are already planning training schedules that will make them, undoubtedly, Grand Champion this very season. Gaming couches have been swapped for workstations at this point.

To Gold-ranked players you are, basically, the little bit of XP that drops off mobs in RPGs. They don’t care. What they want lies ahead of your beaten corpse and they need to step over you to get there.

This is where you begin the ultimate version of this guide’s warm-up plan. Head over to Exhibition and change the difficulty to ‘Unfair’ because life is. Do not worry, the skill level is the same as All-Star. The only thing that’s changed is that they are unfairly outnumbering you now.

Obviously you are so many levels better than them at this point. But there’s two of them so every single ball that you miss opens a glaring hole in your defence and they will crash the ball in the general direction of your open net.

Action: You have to learn to make sure the job gets done without fail. Learn to recognise when your goal is exposed and when it smells like a dangerous situation.

Learn to manoeuvre in a way that always gives you the option to run back ahead of the opposition. Learn to avoid double confrontations and herd the opponents together before leapfrogging them. Don’t just be afraid… but consistently afraid.

Do not move on when you beat them. Wait until you win a game with a 5-goal difference first. You have to be sure that you have acquired the required control, speed and flow to teach those bots a lesson in perfection. Then move on to 1v3, rinse and repeat. It sounds tedious but when you get it, you will really get good.

Taking this approach, you will learn to react calmly while taking note of what could have been improved. While the AI seems obnoxiously incompetent and slow at this point, they also move like a dangerous pack of wolves. Every goal that you take will expose what mental weaknesses you still have. Steel yourself. Become a safety gauntlet equipped with a radar for enemy positioning.

When you manage to clear that threshold of competence, you will be able to safely enjoy your games online in Gold rank. You will know how matches are won and why they are lost. You will be able to recognise situations that are above your pay-grade and avoid useless challenges to contribute to goalkeeping instead.

Warmups are only a small part to your improvements

These warm-ups only cover a small part of what it means to be prepared to rank up in your games. From one point of view, you can view this type of training as a more fun version of free play with others getting in the way. This will help your reactions be sharper and ready for your ranked matches. As one of our coaches expanded recently on his 1000 hour journey to Grand champ, the grind is real but completely worth it.

Of course, there are many other ways to get warmed up such as training packs or setting up the BakkesMod. Regardless, you will have to find what works best for you. Join us in our Discord server to get some ideas and tips as well over in the #Rocket-League channel or you can even chat with coaches and book a session with them if you’re wanting to be more serious about more than just your warm-up routine. 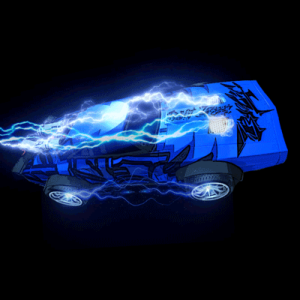 Read More
MBS
PrevPreviousEverything you need to know about Rocket Pass 3
NextWhy are players so toxic in Rocket League? (and what to do about it)Next