Why are players so toxic in Rocket League? (and what to do about it)

In this article, Speedy looks at the issue of toxic behaviour in Rocket League, what motivates it and how to deal with it.

Imagine you’re playing your 3rd consecutive match and you’re losing once again. You’re finally 1 goal ahead with 15 seconds to go. All you and your team need to do is hold off for those last few seconds to take your first win of the evening. But then it all falls apart.

You miss an easy clear. You then get demoed. But it should be fine because the ball is slowly rolling towards your teammate who is back and goal. But…. yep, your teammate somehow missed, just like you did. It’s 2 – 2 in overtime. They get a kickoff goal and win the game. How do you feel? Easy to react with toxicity at this point.

Toxicity – we’ve all seen it. “You’re so bad kid, uninstall”, “Why are you even playing?”, “Kill yourself”. It’s clearly part of every online gaming community but are some games worse than others?

Let’s jump into Rocket League by starting off with a Twitter poll we did. It received over 1100+ votes and helps give an idea to how players feel about the topic:

How often do you experience toxicity in Rocket League?

Now that we’ve shown that almost everyone experiences toxic behaviour, we can list the 3 most common types of toxic players that are usually encountered:

What better way to start the list with the classic toxic player.

This guy makes the game a nightmare for everyone. There the rudest of all the toxic players. They don’t care about what they are saying or what effect it might have on the people they are playing with. Sarcasm is a default go to for most toxicity as it’s easy to communicate thanks to quick chat options.

The insults might range from telling them to kill themselves through to racial slurs. It’s hard to know what motivates these types of behaviour. Most likely it comes from the comfort of anonymity that the internet offers as well as furstration within the match or previous matches.

Next, we come across the ‘My team sucks!’ Guy. For example, this player thinks that they could probably beat Dignitas if they had good teammates. They also think they have GC mechanics even if they are still in Platinum 1.

Curiously, the ‘My team sucks!’ guys will often just give up after they get scored on. It doesn’t matter if it’s been 20 seconds. Once they get scored on the best solution is to give up, then, if the team refuses to forfeit they either quit the game or go AFK to prove a point.

Nobody knows why this guy plays the game or how he managed to rank up. He does nothing but complain but unlike the ‘My team sucks!’ Guy, he doesn’t just leave cause he knows you’ll probably do better without him. Instead, he makes sure that you lose by – you guessed it – own goaling

If you do run into them, it’s always possible to change the chat settings to ‘No Chat’ or ‘Team Chat’ only in the options menu.

What causes players to be so toxic in the first place?

Going back to to our story at the start of this article. Notice how there seems to be a sequence of events that takes place before a player is triggered to be toxic.

There could be other factors too. Maybe they just had a rough day? Or maybe someone just ate all the frosted doughnuts at work? Maybe they just came out of a game with another toxic person and this is a one-time thing for them? Or maybe it’s just a joke that you weren’t supposed to see? I’ll be honest, I have accidentally written ‘gg ez’ in All Chat instead of Party or Team Chat by accident followed by a quick Leave Game.

What I’m trying to say is that, no, it’s not nice to be on the receiving end. Playing games in a competitive environment are emotional. Feelings running high and low. It’s only natural to feel anger or frustration when it does not go your way. Or when a teammate doesn’t complete a basic action. Having empathy is probably the last thing on your mind at this stage, but it’s the starting point for this issue.

We can also look at it from the other side, as SunlessKhan helpfull pointed out in a recent video. Can a little bit of controlled toxicity be helpful? What about ‘Wholesom toxicity’?

What can we do about it?

Unfortunately, we do need to accept if you’re playing Rocket League or any other competitive game toxicity is going to be part of the game, but there are ways to reduce it.

It could be interesting to see Psyonix implement new systems to help deal with this. Other games are being creative with some solutions such as matching toxic players with other toxic players or forcing a player to win 3 matches in casual before being allowed to play ranked again.

Ultimately, you can start helping by not being toxic yourself, try and be helpful or even invite those toxic players to join your community to allow them to explain their frustrations. One chat at a time it can certainly improve. 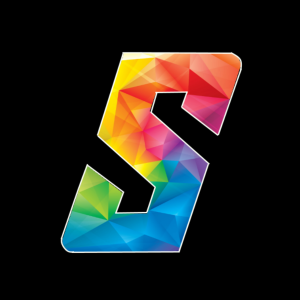