DreamHack Dallas 2019 in review by McLando

In this post, McLando lets us know what went down when he visited DreamHack this year which was held in Dallas.

Dreamhack is regarded as one of the largest LAN events in the world. With a wide variety of esports, computer hardware, community events, there is something for everyone.

Held from May 31st to June 2nd at the Kay Bailey Hutchison Convention Center in Dallas, the tag line for the gathering was ‘World of Gamers, Community of Friends’.

This sentiment was reflected in the audience as people from many different games, regions, and cultures came together over the course of the three days.

About a month before the event, Cjlink sent me an invite to be a part of the casting crew for the B-stream for Dreamhack Rocket League. Although I had casted before, this would be my first LAN casting in front of plenty of faces and names I had seen online.

Alongside my co-caster mynameisgrizzly, we casted in 5 series in total. Our favourite by far was the Spacestation Gaming vs. Method match-up with game 4 going into a 9 minute overtime to determine who was moving on to Day 2.

Although I was only able to cast one day, it was a privilege to be a part of such a great production team.

On top of this, I was also invited to be a part of the streamer team. Along with one of my best friends KingRanny, we co-streamed events on both Friday and Saturday night.

Although our streams were displayed in the middle of the event with hundreds of people walking by and despite the fact we were using new hardware, KingRanny and I were able to still maintain our usual humour and flow for the viewers.

Even though the streams were short, having the ability to do them allowed us to connect with our communities as well as being able to enjoy the event fully. One of the most surreal experiences for us was walking around and having someone come up to us telling us the wild and wacky things we were doing the night before and them telling us they were so happy we were able to stream.

With Dreamhack only being 3 short weeks before RLCS, all the teams were looking to test themselves before the biggest event in Rocket League.

The event itself was ‘open sign-up’ which saw a number of teams entering who were not in RLCS or RLRS but who were hungry to prove themselves against the pros.

Although all the ‘open sign-up’ teams who were not in RLCS or RLRS fell short of making it to the second day, they still were able to showcase themselves and many of them are close to being the finished product.

Day 2 saw some incredible upsets and a number of teams who are qualified for RLCS LAN were dumped out of the competition. Renault Vitality were one of these teams: Complexity able to take their series to keep them out of Day 3.

As Day 3 started, it all came down to 8 teams. With the top 4 automatically qualifying for the next Dreamhack in Valencia, the first matches were extremely important because of the single elimination bracket.

One of my favourite matches on the third day was Evil Geniuses turning over FC Barcelona to secure their spot at the next Dreamhack event. With everything that team has gone through with the recent demotion to RLRS, you could tell that this event meant so much to them.

The final match – between Cloud9 and Team SoloMid – captured the majority of the energy at the event. You could see a lot of people walking around at the event coming to check what the commotion was as every goal led to cheers.

Cloud9 had a lot of early momentum, with Team SoloMid being able to match them in the middle of the series. But Cloud9 showed that they were able to shift gears and proceeded to win Dreamhack Dallas, their second Dreamhack win as a team.

We look forward to the next DreamHack event in just a few weeks over the pond in Valencia, Spain. The competition will continue to provide insane matches so keep an eye out from the 5th July when the weekend madness will commence! 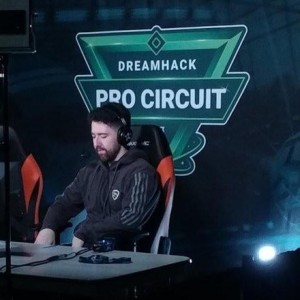 It was possibly the most underwhelming manner in which it could have been achieved, but after a thirty year wait

Although the debates about whether demos are ‘toxic’ or ‘skilled’ have evolved over the years, the constant complaints that demos

What is the best car in Rocket League? This question has had me curious for quite a while. Why does