Benefits of playing Rocket League on PC (Plus: Build Guide) In this article, HyperFirez looks at the various benefits of playing Rocket League on a PC rather than a console.

Are you a console player? Do you feel as though it holds you back or makes you slower? Do you feel like you’ve plateaued with your skills? Are you wanting to be competitive?

Well, look no further because I am here to help you switch over to PC.

Don’t get me wrong, if you are a casual RL player and all of your friends are on console, then it’s perfectly fine to stay on that platform. However, playing Rocket League on PC has many benefits: benefits that I can attest to myself having jumped from Platinum 3 to Diamond 3 in a few days after moving from PS4 to PC back in Season 4.

So how does playing on a PC give competitive players an advantage?

The answer comes in the form of FPS (frames per second) and input delay. From my personal experience, playing RL on 3 different platforms, I have noticed slight changes in each platform.

I know some of you may be saying at this point: “How do you know how much FPS you get on console?” Well, after dealing with a bad laptop for many years, then switching to a beefy gaming PC, you train yourself to see drops in FPS and start to notice about how much you are getting (30 FPS = barely playable).

If you still aren’t convinced to switch by the numbers, then there are other things to consider.

From a competitive standpoint, playing on PC gives you a major advantage compared to playing on console. Every single pro player plays on PC. They each use their preferred controller (although some might play keyboard) and all of them constantly dominate their competition. High FPS with a high refresh rate monitor = major advantage.

What is ‘refresh rate’? Refresh rate is the rate at which your monitor displays pixels. Nowadays you can get a 144hz monitor for around $200 USD (what the price of a 60hz was 6 years ago).

The way refresh rates work is, whatever your monitor runs at, you can see that many frames. For example: If you have a 144hz monitor and the game is running at 144 FPS or above, you’ll only be able to see 144 FPS.

I personally use a 240hz monitor and I run my game at 250 FPS. However, be warned that if you start dropping frames at a frame rate this high, it can create ‘pseudo lag’ that looks like you are lagging but really it’s just a massive frame drop (even though you can be well above the playable FPS).

It Doesn’t Have to Be Expensive

Some of you may have been looking into getting a gaming PC for a while now and you see the prebuilt price ranges that can be pretty expensive. I’ll let you in on a method that lets you save money: build it yourself.

Don’t worry. I know this may be an intimidating thought but building PCs isn’t scary at all. As long as you follow the proper procedure with the included manuals then you’ll be fine.

It’s like Lego: each part goes into a specific slot and it’s impossible to plug something into the wrong slot. There are also hundreds of tutorial videos on YouTube to help you out. Just don’t use The Verge’s tutorial…

In the rest of this article, I’m going to suggest 3 different price ranges for PC builds. If you just want to run Rocket League and some lower-spec games, then the Low Tier build is perfectly fine. However, if you want to go full force into PC gaming and play more than just Rocket League, then I have the builds for you.

Before we get to the list, I want to make you understand that your stats from your current platform WILL NOT carry over to PC. In addition, even though you can now party up with people across platforms you still CAN NOT trade your items from console to PC. This has to do with different platforms’ rules on trading items in a ‘market’.

I should also say that I won’t be including peripherals (keyboard, mouse, etc) in the builds as those are dependant on what you like/can afford. As for Monitors, I recommend Benq/Acer monitors that are between 60hz-240hz and 1 ms response time.

This PC meets the recommended specs for Rocket League and should give you around 150-250 FPS. The motherboard also supports Wi-Fi, so you don’t need to run an ethernet cable to your PC to get online.

Pair this with a 144hz monitor and you are on your way to improvement. You will still get that console vibe with the small form factor.

Not only will this PC run Rocket League absolutely fine, it will also let you run it at high resolutions and even run other games pretty well.

This case is also a step up, and with the bigger form factor, you lose the built-in Wi-Fi so you’ll need an ethernet cable or you can buy an optional W-iFi card.

This PC will run anything that you throw at it. You also have the ability to stream/record and play games at high frame rates, and RTX cards allow you to use ray tracing technology.

Once again an ethernet cable is required for internet connection with the option to purchase a Wi-Fi card.

This PC is bigger than the other two and offers the most upgradability options for the future. However, you won’t need to upgrade for a good 5-7 years with these parts.

Now that you have bought all of your new PC parts, it’s time to get started.

First and foremost make sure you are in a grounded state (no static electricity) as this can prevent you from shocking parts and cause them to be ruined.

Then follow the manuals. Some of you may have noticed that you also need an operating system. For that, I recommend searching for cheap Windows 10 Pro keys for around $10 compared to the retail $140.

If you decide to get one of the higher-end PCs in this guide, it will have multiple drives. I recommend installing Windows, programs, and important games (such as Rocket League) to the SSD, and then all of your photos, videos, other games, etc on your 2TB HDD. Doing this allows your more important programs to load faster.

I also should mention that some cases support multiple motherboard form factors. So if you find a case you like better, make sure it will fit the motherboard you have picked out.

Make sure with the Low Tier build you use these settings to get the most frames. Regardless of your PC specs, I still recommend using these graphics settings if you are competitive because it limits the number of effects and other distracting things in the game to let you focus better.

Is it worth switching to PC?

I have been extremely satisfied that I switched to PC around 4 years ago. Getting a PC is highly recommended for anyone who is looking to be more competitive but also wants to experience the most fluid and beautiful gameplay there is out there. 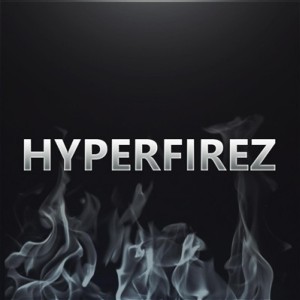