In this week’s article, Musty examines the preflip mechanics, introducing it to the uninitiated and showing how it is best deployed in-game scenarios.

As mechanics in Rocket League continue to evolve, one of the latest metas is focused around the preflip.

I wouldn’t necessarily call a preflip a new mechanic but it is something relatively new that is being used at the high levels to get more advanced outplays on the opponent.

It can be used in both offence and defence and is extremely difficult to predict, making it deadly if you know how to control and master the skill.

There is kind of a grey area when it comes to defining exactly what a preflip is.

My definition is “any type of touch where you flip at the ball and make contact with it during the ending portion of the flip.

That is to say, not flipping to immediately make contact with the ball but using the initial force of the flip to put your car in a better position to hit the ball later or at the end of the flip.

Preflips aren’t always necessary but can come in handy in both offensive and defensive situations.

There are times where it would be impossible to beat the opponent to the ball by driving close to it and going for a normal flip. Choosing to flip from further away and time it to hit the ball at the end of the flip can get you there a bit quicker if timed properly and can get you the outplay on the opponent.

The same goes for saves. Sometimes there isn’t time to keep your wheels on the ground, drive up near the ball, and get a precise save using a normal flip. In these situations, the only possible way to save the ball before it crosses the goal line is to preflip early, timing your flip to hit the ball later in the flip.

This also applies to redirects. A lot of the time, especially at the higher ranks, 90% of redirect opportunities will be immediately denied because the defense is so quick to 50/50 and block it. As a result, players need to get creative with how to get to a ball more efficiently.

In a lot of situations, you simply don’t have time to turn your car or drive up close to it and then use your flip to get an angle to shoot or beat the opponent to the ball, because the window of opportunity closes so quick. Choosing the preflip in select situations can get you the needed angle to touch or score the ball just a bit quicker by using a preflip. It’s much harder to time and hit accurately than driving closer and going for a normal flip, but it can get you the needed touch faster.

How to Do a Preflip?

As pretty much every angle will be different, there is no one way to do a preflip.

You have to have a lot of hours put in the game to hit preflips consistently. It’s all about reading where the ball where go, flipping early and knowing exactly how you need to boost and maybe even cancel your flip to make your car hit the ball at a different or more efficient angle.

Basically, it comes down to visualizing the ball’s path and visualizing how flipping early can get you there. It’s up to your hand-eye coordination and mechanical ability to determine if you will actually hit the ball or not.

How Preflips are Used in Real Matches

Here is a Twitter feed of examples to help you understand what a preflip looks like. Fusure has a good number of preflips in one of his highlight videos. As we’ve already said, being able to flip from further away makes it almost impossible to predict where you’ll hit the ball, as long as your timing is perfect.

As the game develops, the best players are looking for ways to be more efficient so that they can get the edge on their opponents.

Given the preflip helps in this battle for constant improvement, don’t be surprised to see it appear more regularly in players’ armouries.

Oh, and don’t forget to share your own preflip attempts on Twitter using the #preflipgang tagging me, Virge, OSM or even GamersRdy. 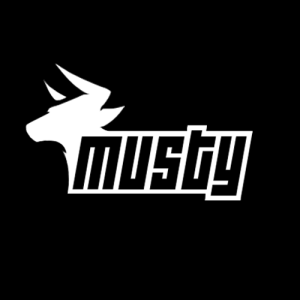