In this piece, Kfactor looks at the three titans who have boosted the amateur scene in Rocket League

Rocket League is taking the esports scene by storm.

Its main tournament – the Rocket League Championship Series (RLCS) – run by the developers Psyonix, continues to climb the ranks on Twitch, peaking at around 150,000 viewers in Season Seven.

The game provides a series of competitive and casual playlists for any kind of player. But Rocket League prides itself on its competitive scene: the game was created with its sole purpose to have player-versus-player competition.

Make It Or Fake It

Taking a look at the professional scene for Rocket League as a newcomer it may take a little bit to understand how teams climb the ladder to get into the top of the top: the Rocket League Championship Series.

The process is as follows: before the start of every season, qualifiers are held to make it into the Rocket League Rival Series (RLRS). If you make it into the RLRS, you will be a part of eight teams that will go through seven weeks of league play.

At the end of seven weeks, the top two teams will move on to a promotion/relegation tournament. The bottom six teams will be relegated and will have to qualify again.

Those two teams that head to the promotion tournament will play against the bottom two teams from the RLCS. The winners of those matches will move up to the RLCS and the losers will head down to the RLRS.

Looking at that process you may wonder, how do teams looking to make the RLRS make a name for themselves and show what they are made of?

Well, Psyonix tried to do something about that with their first iteration of the Renegade’s Cup. This was their attempt to get those lesser-known teams a shot at proving themselves before the RLRS qualifiers.

It was well-received by the players and the community. The only problem was, after the first iteration of the competition, we never heard about it again.

What happened? To answer this, we need to look at community organizations and learn how they formed the backbone of the amateur scene in Rocket League.

There were not nearly as many community organizations back in the early years of Rocket League as there is nowadays.

In the early days of the RL community scene, you had the three main titans of tournaments. They were known by almost everyone who was serious about competing at both the amateur and semi-professional levels. Those three titans were: Nexus Gaming, Rival Esports, and Rewind Gaming.

Of course, there were some smaller organizations around at the time but nobody dare host a tournament on the same day as these three.

Nexus Gaming and Rival Esports were predominantly running the North American amateur scene while Rewind was responsible for the European side of things.

Nexus Gaming – now defunct – was the powerhouse of the North American amateur scene.

They hosted their weekly three ‘versus three’ tournaments every week for months on end and would end every month with their best of the best tournament with all the previous top finishers of the month.

Nexus also created an ever-growing community both on Discord and Twitch throughout the couple years of their operation.

However, unforeseeable to almost anyone at the time, it just stopped. Their tournaments went from weekly, to bi-weekly, to once a month, and then never again.

Not many know why they ever stopped doing what they were doing and we may never know. Nexus have tried a couple of times here and there to do a comeback tournament but nothing ever comes of it.

Fortunately, this is the only of the three titans that have gone down the path of inactivity.

Rival Esports picked up where Nexus Gaming left off. Most teams who had been regulars over at the Nexus weeklies had moved on over to what Rival Esports had to offer.

Rival brought the same if not better production quality to the scene and the same level of competition that the players thrived for. Throughout the years, they hosted their fair share of community tournaments but have headed in a different direction as of the last year or so.

More recently, Rival has shifted towards hosting large prize pool tournaments they do seasonally, the most recent being the Summer Open 2019.

Rival has done an amazing job of being that replacement to the once-great Renegade’s Cup. Their seasonal opens are what open the eyes of the professional scene to the teams that are up and coming to try and take their spots.

Rewind Gaming has taken a similar path to Rival Esports.

They started off as an organization hosting tournaments for the amateur scene but specifically for the European region.

Since then, they have remained within Europe but have adapted to hosting their own set of seasonal tournaments called The Trails. Their most recent iteration of these tournaments was the Summer Trails 2019, a competition that is still in progress.

So far they have hosted three of the four proceeding cups before the final tournament. Already within those first three cups, you have RLRS teams competing. For example, the Baguette Squad and up and coming challengers such as Exalty.

Rewind has created a competition where the up and coming rosters of the European scene can compete against some of the best European squads.

These competitions continue to drive the amateur scene of Rocket League and the three titans specifically have extended the horizons of the community scene today.

New organizations are popping up what seems to be every week now within the Rocket League community.

They offer those little-known teams – those teams who are looking to make it far into those seasonal tournaments or even the RLRS at some point – the opportunity they need to thrive. 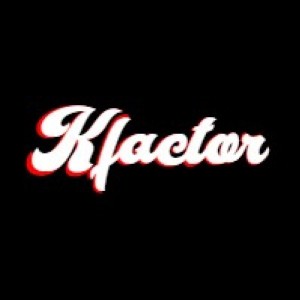