In this piece, Lofty explores the best ways to pass in Rocket League, giving you his top tips for moving the ball around within the game…

There are multiple reasons to pass the ball in Rocket League. It might appear as a selfless act at first but, when it’s all said and done, the aim of the game is to score points against your opponents.

Passing will help you win more. Anything that can make scoring easier in this meta where defenders are so good at saving 1vs1 shots however they’re taken, understanding how to pass effectively is going to make your life a lot easier.

You can create easier and better shooting opportunities for your team with an effective pass. Utilise your teammates and build trust in order to create easier goals, especially in 2 on 1 scenario.

Before we start breaking down any aspects of passing in this guide, let’s just define what a pass is, so we are all on the same page:

Noun: (in sports) an act of kicking, hitting, or throwing the ball to another player.

It’s safe to assume that this is exactly the same for esports and Rocket League. As the dictionary definition suggests, it’s fairly clear that passing needs to be intentional and thought out.

Technically speaking, you can’t call those missed shots a ‘pass’ because it happens to land perfectly for your teammate. Similar for 50/50s or for boomers. Of course, they could result in a pass but if we’re going to officially count it as a pass it does need to be intentional.

Sometimes, only you will know if it was intentional or not, so keep true to yourself as that will be an important aspect of improving your passing skills.

To pass effectively you will have to understand some fundamentals. In this guide, I will explain and break down these fundamentals in a way that should be useful to every rank of rocket League.

The Rocket League passing fundamentals are as follows:

Okay, now we’re all caught up, let’s break this down into more detail.

Passing awareness is understanding when you have a passing opportunity.

This requires thinking and understanding of what the potential is for making the pass in the first place. Many hours of gameplay and experience will certainly help with this, but even then, a huge part of it is knowing that you and your teammates are on the same page.

There will be different ways that you can increase the chances of a successful pass. These split up into 3 areas:

Rocket League is particularly fast-paced, especially when you compare to a traditional sport such as soccer. The length of the match is shorter, the speed of the game is faster and the most important, the size of the gameplay area is far smaller. This condenses all the action into a short action-packed match.

When thinking about space, there are 3 outcomes, if done correctly:

Mechanical passes can be considered any type of pass that involves a more advanced mechanical ability to get the ball where you want it to but making it as difficult as possible for your opponents to read what you’re about to do. Often, being able to ‘fake’ a shot and actually be passing is a great way to be using your mechanical ability.

We can break this down into a couple of principles:

Essentially, when defending against passing, what you need to do is utilize all the information above in order to best predict what others might do.

There are a few patterns that you should be able to notice once the game has started. Using the first minute to get an idea of what your opponents are doing is a good start. For example, if you notice a player keep going on the walls to make a high pass, then you can assume that it’s likely to happen again.

The best way to defend against passing is to read that is about to happen:

Apply this guide to advanced your passing skills

It’s no lie that being able to pass in Rocket League is still not mainstream in most games. Only when you start to get into teams, higher ranks or leagues are you able to really try and intentionally get this aspect of the game right.

There is a lot of talk around strategies and passing metas, so being on that will help you advance the fastest. Other options also include looking at coaching by experts or joining a team to get that chemistry going.

To finish off this guide I thought it would be useful to look at some examples. This video created by FLuuMP gives us an insight into passing plays at a higher level. There are several tutorials on this subject but being able to have someone with you in order to watch and explain how to apply these fundamental principles is going to help just that little bit more. 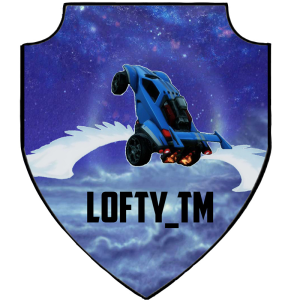