How to Drift Catch in Rocket League by King Ranny

It’s not often you see it being on stage at RLCS or major tournaments. But the manoeuvre is surprisingly effective at every level of the game.

The benefit of the drift catch is being able to quickly turn around within a small area to catch your opponents off guard.

You’ll have full control over the ball and be able to dictate the next phase of play as your opponent scrambles to try and get back into position.

There are plenty of mechanics that are used to try and get the edge: just think of the preflip or a ceiling shot which we’ve seen in every montage and tournament.

Often, those sort of moments are planned and have some level of routine behind them. Sometimes, they could even be predicted seconds before they happen. This is where the drift catch is unique: it’s near impossible to tell if someone is going to do it until they start.

However, here is the downside: imagine your opponent is in close proximity and you try to perform the drift catch. If you mess up, you’ll be moving very slowly with little momentum. This means that any touch from the opponent will almost certainly get them into a great position. Always keep in mind how much time you have in relation to where your opponent is.

This might sound obvious but the faster you are at getting on the ‘incoming side’ of the ball, then the more control and time you’ll have to decide where it goes next…

This is where the drift catch comes into play, so let’s jump into this guide to dig into how to do this mechanic.

It’s definitely worth watching the video above but you can read additional notes and screenshots here to get a good idea.

Keep an eye on the ball with ball cam and try to match the speed as best you can.

You’ll use this speed to help soften the ball to avoid it from bouncing compared to if you were still or moving too quickly.

2 – Start Drifting as it Gets Close to the Ground

Catch the ball and slow it down: the impact of the ball will bump your car slightly to show you’ve absorbed the catch.

3 – Catch the Ball Just Before it Bounces

As the ball is ever so slightly above the ground, that is when you want the impact to take place. This will mean it doesn’t bounce but almost completely stops next to you.

I sometimes pump the reverse right near the end of the drift catch to keep my car in front of the ball.

4 – Stay in Control by Managing Boost

Each situation will be different so that will impact how much or how little you use your boost.

A mechanic to master, especially in 1v1

The drift catch is particularly difficult to get it right because it (ironically) requires space to perform, certainly more space than simply clearing away.

But the reward is huge if you get it right. If successful, not only does it guarantee your opponent is out of position but will often get you the goal.

This is why it’s a huge skill worth learning if you are playing in a 1v1 situation.

And that’s it! It takes a long time to get right but I challenge you to try this for 30 minutes for a week and then see how good you get at it.

If you would like more help on mastering this mechanic or other similar areas of Rocket League then hit me up and we can arrange a 1 on 1 coaching session so I can help you personally. Good luck! 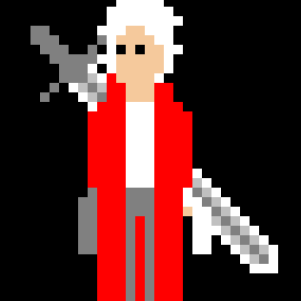