Improve at Rocket League with this Checklist

One of the most vital aspects of Rocket League success is game sense.

Game sense is important for two reasons: firstly, it allows you to read the current state of play to anticipate what happens next; secondly, it provides the framework for making decisions about what to do with the first piece of information.

Today, I’ll talk about one of several techniques you can use to read what’s going to happen next:

Odds are, you don’t have a set process for gathering information. You’re driving around reacting to all kinds of stimuli without consciously processing or acknowledging that information.

This is a core skill of humans in general. It’s why we can do complicated things while thinking about other stuff. You’re capable of driving down the motorway while you’re actually thinking about that embarrassing thing you said to someone when you were 8 years old. While that last part might just be me, the rest of it applies to everybody.

If you can take that stimuli input and make it conscious, you can prioritise information heuristically instead of relying on habits built by confirmation bias to decide what’s important. Over time this will change the way your subconscious processes this information.

People sometimes refer to this as muscle memory, which is a very easy way to explain it accurately while actually being completely incorrect.

How do we do that in-game?

Simple. We focus on it. As soon as you consciously think about something you are doing, you take mental ownership of that from your subconscious.

This is why people miss open nets all the time but score a ridiculously hard shot a second later. The open net gives too much mental bandwidth. There isn’t enough to think about other than “don’t mess up, don’t mess up” and then you miss a simple shot because you’re concentrating too hard on it.

We need to build our own checklist for Rocket League. Here is a checklist I have drawn up:

I have ordered the checklist this way because RL is a physics-based game. That means if we know everything that our team is doing and everything our opponents are doing, it’s possible to figure out every single other piece of information on that list.

As a result, those are the two most important things to pay attention to. Hopefully, though, after a while, everything else becomes confirmatory rather than informative.

So let’s start to dig into it.

This is because 95% of the time, our opponents are trying to score on us. What our teammates are doing is less simple to read because we know that the team’s aim is to score but how we are involved in that process is not immediately obvious.

As we said, 95% of the time, our opponents are trying to score on us. This means we know the answer to the equation of what their intentions are.

Ultimately, though, regardless of which variables they use to decide on their course of action, it leads back to a round thing going in the hole in the wall on our side of the pitch.

Boost, Bounce, and Ball should hopefully become double checks of everything we learn from looking at our team and opponents.

Boost is an integral part of people’s decision making. It’s a hard limit on capability and also provides predictability to the way people move around the pitch.

Bounces can be hard to read. Nothing will change that other than experience and trusting yourself to recognise them. But the more you consciously observe the details like spin and where the trajectory intersects the curves, the easier it will be.

Remember, complicated bounces are hard for other people too, so factor that in when deciding what people will do.

The ball is the least important thing on the pitch. Everything that happens to it happens because someone interacted with it. However, it’s the only thing on the pitch that has its own button to look at it so it’s only natural to focus on it all the time.

We need to break that habit. If the ball is already moving, we can read near-instantly where it’s going. We don’t need to watch it get there. We need to watch to see if anyone can affect that outcome and then prepare for that.

So what’s the key takeaway from all of this?

Well, I would suggest this:

Either way, I’d love to help out. If you would like a personal coaching session, I’m available for hire. I’ve coached players from the lowest ranks all the way up to RLCS teams and would love to help you improve. 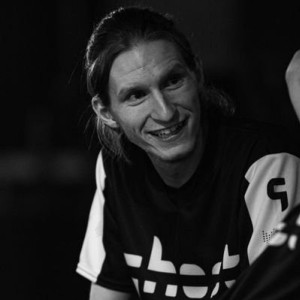