It’s always fun to have a quick look back to RLCS EU Season 8 roster moves to compare with this season.

As expected, most of the teams have not made changes as follows: Dignitas, Reciprocity, Veloce, Monaco, End Point and Singularity.

One particular storyline that caught many by surprise was Vitality making changes with Scrub, considering they won Season 7 and came second in Season 8. Regardless, a lot goes on behind the scenes so it’s worth thinking twice before jumping to any clear cut conclusions.

With that out of the way, here are the EU RLCS Season 9 roster changes.

Perhaps surprisingly, Season 7 RLCS World Champions and RLCS Season 8 World Championship runners up decided to remove the young Kyle “Scrub Killa” Robertson from the roster after their loss to NRG in Madrid. Who better to replace him with, though, than the other young superstar, Yanis “Alpha54” Champenois?

The move may also have something to do with the announcement of Rocket League being at the Olympic Games. Given the qualifiers for the event require a team to be of the same nationality, what better way to get practice with your team for the Olympics than playing in the RLCS?

No doubt will this team be a new powerhouse in Europe. We can’t wait to see them play their first game of league play on the 2nd of February.

Now that Vitality have snagged Alpha, TSM have looked to Joonas “Mognus” Salo to replace him, reuniting him with his old teammate Otto “Metsanauris” Kaipiainen.

Please welcome them aboard 🎉

After what happened when Metsanauris’ old team kicked him from their roster, people are excited to see the dynamic duo back together again: getting last place in the RLCS only to then demote to RLRS.

Last season, Remcoe “Remkoe” den Boer was largely to blame for their poor performances. This team needs him to show up this season if they want to do any damage at all.

Just like any other team that has undergone a change, this team has potential. But it is a team that could either fall flat on its face or show up big.

And finally, we want to introduce our newest player. Somebody that you may have heard of already. Welcome to your new home, @Flakes_RL. pic.twitter.com/gDWPyVN6iJ

This is definitely a questionable move as, although the results weren’t there for Barca last season, Bluey individually had an outstanding season, even being awarded the MVP of the season.

However, we don’t know what he was like outside of the arena. Perhaps that had something to do with the reasons behind him being taken off the roster?

This roster will be fun to watch next season. It does feel as though they may be missing something, though.

After Mousesports failed to qualify for RLCS — even with a roster consisting of Jack “Speed” Packwood-Clark, Linus “al0t” Möllergren and Francesco “Kuxir97” Cinquemani — they looked very promising in the off-season.

With high placements at Dreamhack Valencia and Dreamhack Montreal, the team ultimately decided to part company with al0t.

Now, even though an announcement for the squad’s third hasn’t been made, it is very clear the replacement for al0t is none other than Scrub Killa. Speed essentially confirmed it on stream in this clip. (Warning: Profanity used)

Mousesport fans are likely very confident in this roster and they should be. Season 9 is absolutely stacked this season and this new mouz team will be looking to come out on top.

As always, if you’re interested in joining the discussion around Rocket League esports then head over to our GamersRdy Discord server or stay up to date on Twitter and Liquipedia EU side. 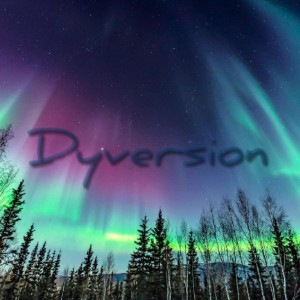