What is the best car in Rocket League?

This question has had me curious for quite a while. Why does almost everybody use one of the four main cars when there are literally over 70 models to choose from?

In the last few weeks, I created a survey asking over 800 people what car they think is best for certain tasks.

These were the metrics I asked them to rate the cars on:

I then put it to the test to give my thoughts and personal experience as to why the community chose these cars.

Here’s what I found…

This wasn’t a huge surprise.

You know all those guys that can just air dribbles infinitely like DLG and Ganer? They all use the Breakout.

I’ve got to say, I agree. For air dribbles, the Breakout is definitely the way to go. There’s really just something about the nose of it that allows you to keep control of it so easily.

The Octane was voted second for air dribbles.

This stacks up. It’s just as easy to air dribble with the Octane as it is for the Breakout, except for the fact you can accidentally get a wheel touch, making the Breakout that little bit better.

The Octane and the Fennec have the same hitbox so there isn’t much differentiating them when it comes to dribbling.

Because this is one of the tallest hitboxes, it’s way easier to make sharp turns with it while still keeping control. With flatter cars, when you’re trying to make a sharp turn, you’ll occasionally just slide underneath it.

Voting on ‘flicks’ saw a close spread between the Dominus, the Octane and the Batmobile.

To be fair, it’s not really clear what makes a car good at flicks. Some people argue the Octane is best because it’s really consistent in terms of both height and power. Others might say the Batmobile pips it because it’s definitely easiest to get the most power.

Before I give my opinion, let me just explain my experience with flicking with each car.

As for the Batmobile, it’s pretty much the exact opposite: it’s really easy to get insanely powerful flicks across the field but it’s really hard to be precise with them.

More specifically, I don’t really have to put much effort into it to get it really high up. But the downside is, it’s really hard to be precise with the placement of my flick when I’m shooting it on net.

When it comes to the Dominus, it’s pretty much just a balance between them, which makes sense why most people chose the Dominus.

I’d definitely agree with the community: the Dominus is the best for flicking but it depends on how you look at it.

I’m not even sure what I which car I would have chosen for this one. Whichever car I use, I’ve never really noticed my powershots being better or feeling easier.

When I tested each of them out in custom training, I still didn’t really feel a difference or see a difference in the speed of the shots I was hitting. The fastest I could get each shot to go was about the same no matter which car I was using.

The only difference I found was that I was able to be more precise with my shot placement with the Octane. But then again, that could just be because the Octane is what I use the most, so I’m probably just used to it.

Overall, I really don’t think the ability to hit power shots is any harder or easier with certain cars. But take that as you will because most of you guys thought that the octane was clearly the best.

For this one, it’s definitely clear you guys thought the Octane is best and I totally agree.

If you don’t know what bounce dribbling, it’s when you’re basically touching the ball just after it bounces each time to continue its upward momentum and then you finish it off with a powershot.

This is another one where having a taller hitbox is really helpful. With flatter cars, it’s way easier to mistime the bounce.

So yeah this one’s a no-brainer: the Octane is definitely the best.

This one’s more of a fun one but it’s definitely interesting.

You guys didn’t have a definitive top answer for this one but the top three were definitely the Octane, the Breakout and the Dominus, with the Octane getting the most overall votes.

I’ve tried out all three and personally I find it just as easy to hit flip resets in any of them.

The main thing I like about them is that I have something to aim for on the bottom of the car to try to locate the reset. You basically want to hit the ball on the bottom of your car where your center of mass is which you can find by just spinning around.

On the Breakout, it’s a little grey spot and on the Dominus, it’s a red spot. On the Octane, there’s no specific spot to aim for but the wheels are close enough together so I don’t really need an exact spot to aim for.

As for the other contenders, it’s definitely not as easy to hit flip resets in a car like the Batmobile since I don’t really have a spot to aim for and the wheels are also so far apart that it’s a little harder to get it right.

Overall, then, the Octane, the Dominus and the Breakout are equally good for flip resets.

Again, I’ve never really noticed myself winning way more 50/50s when switching to a certain car so I was pretty surprised to see everyone agreeing it’s the Octane.

I went into a private match and tested this out with a friend to see if the Octane really is better at 50/50s than flat cars and, surprisingly, they seemed pretty much the same. I couldn’t find a single example where it was clear that the Octane won a 50/50 because of its hitbox.

Nor could I find an example of it happening the other way around.

After experimenting, I genuinely think that hitboxes do not make a difference when it comes to 50/50s. But again, take that as you will because almost all of you thought the Octane was best at 50/50s.

When it comes to aerials, the top two cars were clearly the Octane and the Dominus but they were pretty even.

I went and tried them in a custom training pack and they both felt pretty much just as good as the other. The only thing is noticed was that I definitely performed better using the Octane but, again, that’s probably cause I’m just used to it.

I believe that they’re both pretty much just as good as each other and that it’s honestly not a big deal between choosing the Octane or the Dominus over something like the Batmobile or the Breakout.

With pinches, I tried a bunch of cars out for myself and I’ve got to say, I think they’re all the same. There wasn’t a car that I tried that I couldn’t eventually get consistent pinches on.

If I had to choose one, I’d probably say the Batmobile, not because it’s just better at pinches but because it’s way easier for me to see how I’m supposed to hit the ball. I can use the front wheel as a point that I try and hit the ball at.

With the Octane or Dominus, all I could use was the corner. There wasn’t a specific mark on the car I could use.

Over time, I was able to get pinches consistently with any car so, in my opinion, I think the car you use doesn’t really matter for pinches.

If you want to watch the video I based this article from then here it is to watch:

So what is the best car in Rocket League?

In short, it depends on your playstyle.

Pros will generally lean towards the Octane, but now that you’ve got this information, you should be able to use it to decide which car you want to use.

Make sure to pick the one that compliments the most skills that you use often in-game. 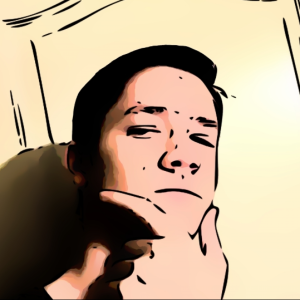 In a recent job listing, Psyonix leaked that Rocket League will be beginning the transition from the outdated Unreal Engine