I have coached hundreds of players in my time from all different ranks: beginners in bronze to 2000 MMR high-level Grand Champs.

A lot of factors separate these ranks: improper rotation, poor decision making, ball watching, lack of mechanical skill… the list goes on. However, if I had to pick which of these skills takes the most time to improve, the answer is going to be the mechanics.

I see a lot of my Silver to Low-Diamond students playing a good amount of 3v3. Now, you might ask, what’s the problem with that? 3v3 is the most competitive standard game mode in Rocket League, right?

Well, although this is true, players at this level should not focus their attention on 3v3 just yet. The fact remains, they are not quite high enough in rank for them to be super competitive in tournaments themselves.

But might 3v3 actually be detrimental to lower ranked players?

The problem with lower ranks playing 3v3 is not that they won’t be getting exposed to rotation in the most standard game mode in Rocket League but that there are six players on the field.

I don’t care what you are… silver… diamond… even if you can hit a ceiling shot once in a while… I guarantee that you lack the basic mechanical consistency needed at the highest level of the game.

What if we go all the way to 1v1s now—2 players in the match. You are most likely taking about half of the touches in the game now.

This is why I would recommend players who are trying to improve to focus on playing mostly 1v1s and 2v2s throughout up until about high diamond or low champ. A player is going to get a lot more touches on the ball in these game-modes, and in the long run, this means his or her mechanics are going to improve faster than if they played mostly 3v3s.

A Question of Balance

Now some of you may ask, “Well, if I want to be focusing on optimizing the number of touches I am getting on the ball in a given game, shouldn’t I just play 1v1s till I am at the highest level?”

Which isn’t to say 2v2 is no different to 3v3: they are definitely different. But the scenarios in 2v2 are much more similar to scenarios in 3v3 than 1v1s. You are still working with a teammate in 2v2s and so are working on rotation, shooting on nets that are not open (like they are half the time in 1v1), passing plays and much more.

It’s important, then, to have a good mix of 1v1s and 2v2s in your gameplay. By the time you make that transition to a higher level at 3v3, you will be much more prepared for the change.

Going Above and Beyond

You want to know the game-mode that you actually get the most touches on the ball? Well, how about good old free-play… just you against yourself with the endless possibilities that brings.

Use free-play, of course, but just like in 1v1s and 2v2s, you want a good balance of all of all game modes to create a holistic, solid mechanical player ready to learn the most competitive standard game modes of Rocket League: 3v3s.

If you need any advice on your specific play then feel free to chat with me or book a coaching session from my profile. 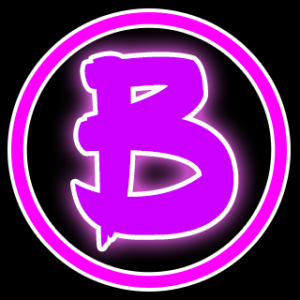