How to Reach the Highest Ranks in Rocket League

I want this guide to be an outline of some of the principles you can use to rank up in Rocket League. Even though the new ranks that have been announced (including Supersonic Legend) as the game has gone free to play, these tips work best for the highest 3 ranks: Champion, Grand Champion and Supersonic Legend.

Before I got to Grand Champion, I was stuck in Champion 3 for months.

It was a roller coaster of emotions for me at that time. I could not understand what I was doing wrong. I just couldn’t seem to level up.

Then, I discovered my problem. In one month, I went from Champion 3 (sometimes dropping as low as Champion 2, Division 3) to completing my GC rewards fairly easy. Since then, I have been Grand Champion in 2s and 3s each season.

So what did I change? Well, let’s get into it.

The first step to improving at Rocket League is knowing that you are at fault.

You have to stay humble in this game to improve. If you’re one of those people that blame your teammate for everything, you probably won’t get far.

Look at SquishyMuffinz, for example: 10,000+ hours in this game, Season 6 World Champion, and he still makes mistakes. Mistakes are inevitable. The difference between you and the higher level player is that they have minimalized their mistakes better than you have.

Having the right mentality in Rocket League is absolutely key. The hard truth is: if you are stuck in Champion 3, it is for a reason. And the reason probably isn’t your teammates.

The Right to Replay

The importance of replay analysis cannot be overstated.

When going through a replay of a game you lost, you should be watching from your POV.

There are key things to be looking for during replay analysis:

My personal preference is to take notes on what I was doing wrong. Once the replay was finished, I would read my notes and try to focus on only those things for a few games.

Also, watching higher-level gameplay and taking notes on what the players are doing is really helpful. Take notes on their decision making, positioning, and rotation.

Ah, come on now! You didn’t think this would be a guide to making Grand Champ without mentioning 1s did you?

In my opinion, playing 1s is the best way to improve in Rocket League. However, it can also be the most frustrating.

By playing 1s, you will minimalize your mistakes faster because you simply have no choice: there isn’t a teammate to have your back in 1s. One simple mistake is almost certainly a conceded goal.

The first time I hit Grand Champ in 2s, was also the first season that I actually grinded 1s. It really paid off. It made my mechanics better, taught me better positioning, and also improved my decision making.

Mechanics are kind of a grey area in Rocket League. Some people would say that mechanics are the most important aspect of gameplay. Others might argue that game sense is better.

In my opinion, they are equally important. In the grand scheme of things, you need both of them to succeed in the higher ranks.

Now, don’t be mistaken: you don’t have to be JSTN to get to Grand Champion. In fact, not even close. But you do need an understanding of the basic mechanics of the game in order to proceed.

When I say “optimal playstyle,” I’m referring to using the basic mechanics of the game and that’s it. Not flip resets. Not air dribbles. Not SquishyMuffinz montages. I’m talking about using your brain more than your thumbs.

This was a very important factor that helped me push into Grand Champion for the very first time. I have hit triple flip resets. I can do Breezy flicks. Musty flicks. Stalls. All the fun stuff. But… was that helping me win games? It was not. In fact, it was actually stunting my growth in Rocket League.

When I first started playing Rocket League, I wanted to freestyle so badly. That’s why I was able to hit flip resets as a Diamond. I was constantly going for air dribbles, flip resets, and ceiling shots.

Then, after analyzing my replays, I realized something: I was handing the ball to my opponent constantly, putting myself out of position, leaving my teammates in 2v1 situations, and most importantly, not scoring.

The fact is, this isn’t 2015 or even 2017 anymore. Air dribbles and flip resets aren’t something new. They have been around for a while now and people know how to defend them. In the higher ranks, most times, you don’t even have time to go for something like that.

In 2020, players are getting faster and faster and will knock your air dribble down without thinking about it. Sure, you’ll get lucky sometimes and get the time to pull one off. But it’s mostly too risky to go for. And most times, not worth the attempt.

If you focus on staying grounded and positioning smarter, those two things alone will transform the way you play. This is the thing I implemented into my playstyle that pushed me to the next level.

I was letting my opponents go up in the air and waste all of their boost. While I stayed grounded, kept smarter positioning and waited on a mistake. This alone, made getting to Grand Champion a whole lot easier.

People will tell you that you need to play fast to get to Grand Champion. That’s true. However, I believe the community has misinterpreted what “play fast” truly means.

When a pro or coach tells you to “play fast” they are not referring to driving around the field boosting all of the time or going supersonic everywhere. When they say play fast, what they really mean is “make your decisions faster”. Knowing the difference will really help your progress substantially.

So instead of trying to be as fast as JSTN on the field, take your time: make your decisions faster and focus on playing smarter.

MMR is nice to know. It lets you know how close you are to ranking up, or de-ranking and it will help you roughly determine how good your opponents are. But does this really help, or hurt you?

In my opinion, it hurts you a lot when you are trying to get to Grand Champion or even Supersonic Legend for the first time. Why?

Nerves. Yes, that’s right. Nerves can be the deciding factor in a game. The more nervous you are, the more likely you are to make mistakes.

I personally turned my MMR off the first time going for Grand Champ and it really helped. I didn’t know that it was my rank up game, so I wasn’t nearly as nervous.

When you are Champion 3, Division 4 and you know that, if you win this game, you are GC, the nerves you get are insane. And can really hurt you in the long run.

When you are grinding out a ranked session, you are trying to increase your rank. Right? Wrong. You should be grinding ranked to improve. Not to rank up.

If all you are worried about is getting GC, it’s going to be a long road for you. Every time you lose a game, go back and watch that replay and try to improve.

In the past, I have had several people ask me: should I solo queue or queue with a teammate. I always say, “You should solo queue.”. Even though Psyonix have recently removed the Solo Queue in 3s you can, of course, jump into the normal 3s playlist without a teammate.

Being adaptive in Rocket League is super important. If you notice that you have an aggressive teammate, play more passive to balance that. And vice-versa.

I really saw improvement while solo queuing vs playing with a teammate. And I always solo queue to get my season rewards finished. Not only, do you improve faster, it feels better. You feel more accomplished using this method.

Hopefully, these tips will finally help you to rank up to Grand Champ.

If you’re more serious about getting better you can always consider booking a coaching session or enroll in one of the GamersRdy courses too.

There is one more thing that I left for the end. This is the most important thing in Rocket League. Remember to have fun! After all, it’s a game. Games are supposed to be fun. 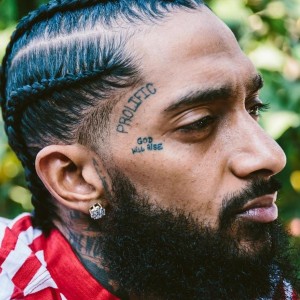