How Many Hours Are Good For Each Rank In Rocket League? Improving at anything takes hours of practice and dedication to climb the ladder and achieve your goals.

In this article, we will go over the average amount of hours seen at each rank in Rocket League to give you an idea of where you stand to the average player base.

You just started playing. It’s probably around 5-10 hours before you even played your first ranked game.

This is a rank all about experience. Nothing special can be said about your hour count here. You most likely just play ranked for fun or with friends with little intention of trying to reach Silver as quickly as possible and don’t care about how many hours it takes.

With Bronze being the lowest rank in the game, all players are just there to play and get accustomed to the game. Eventually, the experience will pay off and silver will be achieved by pure mechanical development.

Improvement has been made and now you see yourself ranking up finally. After the 150 hours of experience, you want to continue climbing the ranks and have the realization that, for every hour you put in, the more experience you pick up.

Silver is the rank that players can first start to see improvement in their play and realize that they can and want to rank up and continue playing the game in order to get to that next rank.

Unfortunately, wrong. It only gets harder and more time-consuming to progress from here.

Reaching Gold is a milestone that tends to drive players to the next level. Seeing that you are in the top 50% is a huge motivational boost. But what you don’t yet know is that you are about to reach ranks that take much longer on average to climb and from now on, it is all about focusing on improvement.

Platinum will be the first rank on the ladder where you tend to flatline and find yourself stuck in a rank longer than usual.

This is due to the skill cap increase of the rank. Generally, this makes the player play more hours in order to develop enough to reach that next rank.

Reaching a plateau in anything you set your mind to can sometimes cause you to think why you are still playing and if you should continue. With Rocket League, the player base doesn’t understand that everyone plateaus at a certain point.

The best way to break out is to either practice your mistakes every day or get a coaching session and have someone that knows a lot about the game show you things you didn’t know you were doing wrong.

With around 800-1000 hours, you are proving to be a formidable player. In Diamond, players are learning things such as controlled air dribbles and flip resets while also perfecting things such as fast aerials, half flips, and basic touches.

With every hour put into Diamond, you will find yourself hitting the things that you want on a more consistent basis, which in turn will get you into Champ.

It seems like a lot of hours just to get out of one rank but it only gets harder the higher you go. As you climb the ladder, it will take more and more time to fully understand each new skill you learn as well as having to master the ones you have known.

With well over a thousand hours into the game, you have reached champion, putting yourself somewhere in the top 2.5% of players in this game, but you still have tons to learn.

You are using all your hours to learn things such as flip resets, which may prove useful in some situations, but what most players put their hours into here is the understanding of advanced rotation.

Learning how to properly position yourself on the field and how to facilitate your teammates into the play is one of the most time-consuming things to perfect. The only way to practice it is to play ranked matches over and over again watching and following rotation and knowing where and when to be in a certain position.

Over two thousand hours later, you hit the second-highest rank in the game, Grand Champion.

Now in the top 0.6% of players, you are so close to getting to the top of the ladder but you still have thousands of hours to go. Grand Champions have a huge fluctuation of hours. Some people make it with under two thousand but others may barely hold the rank with three or four thousand.

Every person climbs the ladder at a different pace, some faster than the average, and some slower. But starting Grand Champion, the difference in pace can be thousands of hours apart.

Some people may see that others have over a thousand hours less than them and get demotivated, but at this late in the climb, your focus should only be on achieving the final rank.

In most cases, those people with fewer hours probably focused on developing the right skills and habits by either looking at their own gameplay or having a coach point it out for them.

It doesn’t matter if you have less than two thousand or over five thousand, all that matters is that you use the hours in the future to focus on the end goal.

After thousands of hours of grinding, you have reached the top of the ranked ladder. But the grind doesn’t have to stop here. While you have spent likely over three thousand hours and have reached the highest rank, that doesn’t mean you are the best in the game.

While Supersonic Legend may be the highest rank, that isn’t the highest skill level in Rocket League. Working toward getting on the leaderboards and competing against even some pros in ranked is the next and final step.

The pros in Rocket League have over six thousand hours and to hit Supersonic Legend on average takes over three thousand, so there is still a lot of grinding ahead.

To summarize everything, Rocket League takes a lot of time and effort to progress just like anything else you set your mind to. Each rank has an average amount of hours it takes most players to rank up and it heavily increases as you climb the ladder.

To become one of the best, it takes thousands of hours of experience. If you are looking to climb the ladder, just know that it can be done but it takes a lot of dedication and perseverance to do so. If you want more personal help you can book a coaching session with me too! 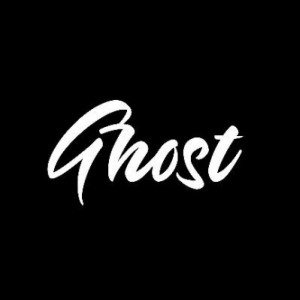