Rocket League Sideswipe is the official name for the mobile 2D installment of the SARPBC Series.

The game has just entered alpha testing in the Oceanic market and is slated for a 2021 release. It’s unlikely the game will be pushed back to 2022 given its solid playable state in the alpha.

Most content looks finished if not yet polished and the choice of a region-locked alpha leads me to believe most of the testing will be network-based. Psyonix have stated that beta tests will be coming to different regions throughout the next couple of months.

For official information check out the announcement here

I have enjoyed my experience with the game having pushed up multiple ranks in all three available game modes and look forward to the full release when I can play competitively in a team of friends.

I feel the mechanics work really well in a 2D scenario and the key parts of Rocket League. For example, the airplay and boost control are all presented in a way that does not subtract from the overall gameplay.

In terms of the main menu, Rocket League Sideswipe sports a familiar looking theme. This is a good move as the majority of players will already be used to this theming making it easily navigable.

The tutorial is played when you first log in, although it can be accessed at any point from the “solo” menu.

Exhibition and Freeplay are great opportunities to practice the game for players experiencing online lag during the tests and work the same way they do on Rocket League.

Every player in Rocket League Sideswipe will have a profile that features their car design, their calling card and title, their profile logo and their ranks. There is a second page that displays the names of the items used for the car’s customisation.

I very much like each player having a profile that shows off their ranks as they arent displayed for each player after the game.I feel that Rocket League itself could benefit from this as it means there doesn’t have to be a tracking website or mod to see other players’ ranks.

To fit in with Epic Games’ policy that the loot crates aren’t gambling, items cannot be collected twice so that the better items are somewhat (if you keep opening them) guaranteed.

It’s too early to know and I dont want to spend all my tokens on testing if duplicates are possible; however, the ticks next to the items and Epic’s recent policy changes on loot crates definitely point to this being the most likely case.

Each player seemingly receives one free spin of the Mystery Items per day and subsequent spins will cost SP. As shown here, the first spin costs 100 and the second costs 200, although I am unsure if this increases by 100 or doubles each time as I’m saving credits.

The track currently functions exactly the same as the Rocket Pass: currently, only a free version is available. However, there is a credits system built into the game so it is likely that on release there will also be a Premium Pass.

The current Pass features some black market items although it could be the case that these are only present due to it being in alpha as black markets usually only show in loot crate environments.

Once every ten levels on the pass you receive a Bronze, Silver and Gold package – all of which contain an item and some amount of SP credits.

The current pass has 50 levels.

I started out with the Octane – the staple car of the Rocket League IP. More are available through in-game spins or the levelling Pass.

As is typical of Rocket League to this point, customisation is key. As shown in this menu: Wheels, Hats, Boosts, Car Colour and Goal Explosions can all be customised in the garage using an item system all rocket league players will be familiar with.

The game modes available during the alpha are 1v1, 2v2 and Hoops (2v2)

Currently all game modes assign a rank with no casual play and it is unknown whether this is the route they will take with the game.

In every game mode, you begin unranked and are placed into Bronze 1 upon winning. After this, every win gets you a tick under your rank and exceeding the tick count ranks you up. Of course, losing games once you are ranked deranks you too; though seemingly not while in Bronze.

The current list of ranks is unknown. However, Bronze goes up to 5 rather than 3 and there is an in-game leaderboard for every player who hits Grand Champ.

Currently, there is no 3v3 game mode; however, the official trailer showed a three-person main menu lobby which could allude to the game mode coming in the future. They would likely make the map bigger and goals higher again like they did for 2v2 if it is added.

I think the quick chat showing up as stickers is a great adaptation of the feature for a mobile game and it feels more personal when you see exactly which car is saying what a save and what they were doing.

The friends list works exactly the same way as it does inside of Rocket League.

The left-most button is disabled by default and allows the player to jump and boost at the same time without having to press the respective buttons individually.

As you can see, every button can be sized up, moved around, and made more opaque. If you hit a button too much you can make it smaller, for example.

Rocket League using all 3 axes for gameplay gives it a unique way to be played in 2D. As opposed to a top-down game, as you may expect, Rocket League gets to display its airplay strengths by utilising a side-on view.

The flip and jump mechanics are the same as you experience in Rocket League, making ceiling shots and flip resets possible. Boost is not picked up through pads but instead is gained back over time whilst all your wheels are on the floor.

The movement is handled using a joystick on the left side of the screen and controls the player’s rotation and movement. For example, you can almost drag your car off the floor without jumping just by pulling up the stick. This gives the cars almost a ragdoll kind of feel.

Two arrows are used to show your next movement. Blue shows the direction of the car’s nose. Pink shows the direction your analogue stick is pointed (your next movement). There is a slight delay on pink vs blue which gives the ragdoll kind of feel. It takes a little bit of getting used to but I think it adds to the gameplay making it more enjoyable if not a little harder.

Games are 2 minutes in length with an Overtime if necessary.

When will the Rocket League sideswipe be released?

The exact dates have not been confirmed yet but we know it will be in 2021. It might be possible that they release the game around the RLCS International which should be around September 2021. 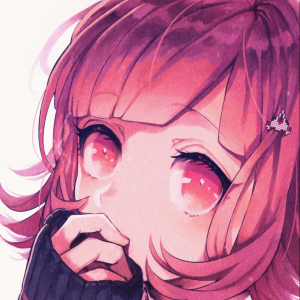