Rocket League is one of the most punishing esports in the world. One single mistake can be the difference between winning and losing a game.

In this article, I’ll help improve your competitive consistency by showing you the Dos and Don’ts of Rocket League play.

Some quick background as to who I am: I’m a competitive player and professional coach for GamersRdy. Most of you might know me for scoring the winning goal in Goal of the Year 2019.

I also want to give a quick shout out to GamersRdy who published this piece—if ever you want 1-to-1 coaching from professionals, written guides or even courses to enrol in, it’s the place to go.

In order to get a good range of topics covered, I’ll be correcting common mistakes from the five cornerstones of play: mechanics, positioning, rotations, decision making and boost control.

For demonstration purposes, the attacker in every one of these situation has great mechanics and can perform whatever routine is possible in a situation.  But just because something is possible, doesn’t mean you should.

Think back to a common scenario: you’ve taken a ball up the wall with full control. One defender is applying pressure to you and another is shadowing on the backboard. What do you do?

Whatever you do, don’t aim to score. The main priority is to beat the man pressuring you and to maintain control as a team.

This can be done through a free pass infield, a boom to the opposite side or an attempt to get past or win a 50/50 with the second defender.

If you always aim to score from a 1v2 situation without full control, you’ll lose possession more than half of the time against competent defenders. It’s just not worth it.

Rocket League is all about playing to the best potential opportunity. Just think about all the great ideas you’ve never considered because of the greed for a solo play.

Improve your mechanics to increase your possibilities, not to constantly try the same routine.

Boost control is possibly the easiest thing to get wrong in competitive 3v3 because players simply don’t know what to do when they’re off of the ball.

Sometimes it’s really easy to drift into awkward positions because of how convenient big boost pads are and sometimes people just don’t know how to use the small pads to rotate back and forth.

Here are the two most important things not to do with your boost: never take your teams back boost from a near post rotation unless you need it to make a backboard play.

It’ll starve your team in defence and you’ll have exactly the role rotating through that position as your man at the front post, causing low option coverage as a team and maybe even a double commit in future.

And now for the unspoken rule: never wimp out by taking the opponent’s back boost if you’re locked in defence. It might look extremely convenient, but for your teammates, this is the worst abandonment of support you can do.

Learn the paths of small boost pads, and learn how to rotate to support your last man after taking them.

When it comes to decision making, there’s usually one issue that sparks up more than any other: as a second man pressuring the opponents, you should never dive at a challenge you’re not 100% sure about, unless there’s direct support behind you.

It’s so painful to sit in agony as the last man, watching your support be helplessly thrown away, only to concede from a 2v1.

The better idea is to shadow the opponents play until you’re confident about a challenge or confident that your last man can follow up.

Especially when entering faster paced games, inexperienced competitive players can get drawn into the idea of needing to be fast. But if you’re always thinking about how to be fast instead of how to best support your team, you’ll be throwing away simple goals from poor wasted challenges.

Don’t be afraid to look back at your own replays and analyze how you could better your team’s defence.

For positioning, I want you guys to think quickly about the most common mistake you make in your 3v3 games that lead to an open net.

Without a doubt, the most common positional mistake in competitive Rocket League is over-extending as third man. Whether you’re trying to make that clutch backboard read or trying to lock the opponent’s defence just that little bit longer with high pressure, you’re also contributing to the problem.

Always consider how safe your defence will be before launching yourself at a ball you’re already beaten to. It’s better to sit a bit further back as a third man than it is to be a bit too far forward.

In competitive Rocket League, cutting a rotation is a smart idea if your idea has a better potential opportunity and your intentions are obvious to the team. Sadly, 90% of the time, that’s not always the case.

Even worse than that, I want you guys to imagine a situation. Your teammate is shadowing an opponent who’s dribbling out of defence.

Unfortunately for the second and third man, they have to wait until that guy either stops shadowing or throws in a challenge.

Spoiler alert: they never do. All pressure is on you now, and support is lost because two players are taking on the same role of shadowing back to net.

Always consider how is best to support your team and try not to tunnel-vision towards your own plays. Keep the rotation clean, and the support as quick as you can.

Unfortunately, there isn’t a quick practical way to implement any of the concepts talked about in this video.

Competitive Rocket League is all about recognizing and learning from new situations. The more time you can put into learning about how most effectively to play different situations, the better decisions you’ll make in the game.

I would advise someone who’s struggling to improve to look at their replays before anything else and to tally up and categorize their mistakes. Write down these mistakes and choose the most common ones as improvements to work upon.

This is something I do before all my coaching sessions on GamersRdy. From there, you can dedicate your practice to perfecting that one area and if you string those minor improvements together you can begin to make great incremental progress. 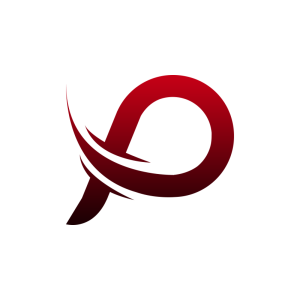