How to Fly in Rocket League (Aerial Tutorial) In this article, we are going to be learning the basic steps to completing an aerial. We will break the mechanic down step by step and hopefully by the end, you should have a solid understanding of how aerials work.

My name is Prolific. I am a professional coach for GamersRdy. I have around 4,000 hours in Rocket League, and have been coaching players for over a year now.

If you’re looking to learn further how to aerial and even master advanced aerial techniques, check out Cbell’s recent course on Mastering Aerials.

An aerial is when you jump up in the air, tilt your car back and use your boost to fly around the field.

There are two types of aerials that we will be discussing: the Single-Jump Aerial and the Double-Jump Aerial.

Let’s start with a single-jump aerial:

Here’s how to do a single-jump aerial:

To practice single-jump aerialling, position yourself in the goal and fly from one goal to the other.

Try to slow yourself down in the air, then speed yourself back up. This will help you get used to changing your speed in the air.

Also, moving your joystick to the left or right will send your car in that direction. But for now, try to stay straight. And get a feel for doing a standard aerial.

Mastering control of your car in the air will take lots of hours and practice, so don’t feel bad if you find this incredibly difficult, everyone finds it difficult at first!

The only difference between the two different types of aerials is that, with a double-jump aerial, once you jump off the ground and tilt your car back, you want to jump again before boosting.

This ‘second jump’ will release the force of gravity on your car, allowing your car to seamlessly fly through the air, assuming that you have the boost.

To break it down into steps again:

Okay, so now you know how to get off the ground, let’s talk about how to control yourself in the air.

The best way to practice this is to jump in the air and try to hover in one place by feathering your boost. After a few minutes of practice, this should become much easier.

Now that you have a basic understanding of aerials, how can you combine these things?

In most cases, you will use the single- or double-jump aerial to gain your height in the air. Once you have the height you need for the desired aerial, you can then begin to feather your boost until you have hit the ball.

If you want to make aerials even easier for yourself, try to turn the nose of your car towards the ball before you ever leave the ground. This will help minimize the amount of micro-adjustments that you will need to do in mid-air, while also allowing you to get to the ball faster.

My favourite way to practice aerials is to fly from goal to goal, this time aiming for one of the white lights above the crossbar of the goal before turning myself around and aiming for the light opposite the first one I flew to. Aiming for the lights gives you a target which will force you to make micro-adjustments.

Practicing with a target is much more efficient than just flying around the field. Because it forces you to have an objective.

Another good way to practice this is by using the aerial training pack provided by Psyonix:

These are really good for someone trying to learn aerials for the first time. They offer three different levels of training so that you can step up your aerials as you improve.

Once you can do those consistently, there are loads of training packs and workshop maps out there to help you. But start from the bottom. I understand that you may want to freestyle or air dribble. But in order to do those things, you must first, learn the fundamentals.

There’s so much more to aerialing in Rocket League, from mastering important mechanics like the fast aerial, to learning to fly off the walls with control and precision. Again, if you want to go further check out Cbell’s course. 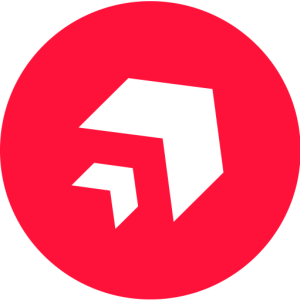