How to play CS:GO Properly by Tracking Players In this piece, coach KayJay gives you some tips on how you can monitor an opponent’s movement to give you the edge in CS:GO.

CS:GO is a game where even the smallest amount of information can be super impactful in a match.

Opponent location is a good example of this principle. Within the game, you can sometimes get the upper hand on your opponent by tracking their movement and thinking about how they utilise space.

In this article, we are briefly going to talk about how knowing where the enemy plays can be a huge game-changer in specific rounds.

In both Team Play and PUGS, you will come across scenarios where a player stays a certain side of the map for the whole half.

If you can figure this out early you can utilize this information by pushing when you know he isn’t there or by delaying your rotation when you have a hunch he’s going to push late.

To begin with, let’s think about how you can work out who is playing on your side of the map.

The most common way of player tracking is to take note of who kills you (or who you kill) on your side of the map when the enemy is going at a slower pace. If we keep tracking this for 2 or 3 more rounds, we can start narrowing it down to 1 or 2 players playing your side of the map.

Another way of tracking this, if you aren’t getting that many confrontations early, is to track who is last alive when the enemy team delay executes onto the opposite side of the map (or who is last to rotate if you’re on the terrorist side).

This way isn’t a surefire way of finding who plays your side of the map but it does help narrow it down to a few potential players.

Alternatively, you can find out who plays where with a bit of smart guesswork. Typically, we’ll see a player favour one side of the map on both T and CT side so if a player plays B anchor a lot, there’s a good chance he’s going to play toward B on T side. You’ll see this tendency regularly in lower-ranked players.

Once we get the information about who’s playing on our side of the map that’s when we can really start making calculated plays and early rotations.

Say we know X player is playing B Apartments on Mirage because the first 2 gun rounds he fought us early. Now, going into the third gun round, we see that our teammate either killed or died to him Mid.

There’s a good chance that if we try to scale up into Apartments to get a bit of map control, we’ll either encounter someone watching Underpass Stairs (which we can catch off guard) or no one at all.

This play is not too hard to do once you get the hang of it and is a lot safer than just running into Aparments when a random person dies Mid or no one dies at all.

Another scenario where you could use this info is when you know a player likes to lurk when his team is executing onto a site. Same as before, if he did this early in the half, it’s safe to safe he’ll keep it up.

If you find yourself going into another retake and see that player is still alive, the best course of action is to tell your team to delay the retake while you double- and triple-check that he’s not looking for a lurk play.

This brief delay on the retake won’t affect the retake very much and is a lot better than having half your team die to a lurk player that you knew could lurk again.

I hope this quick guide can help you prosper in those few rounds you need to win the game.

If you want more tips and tricks like this follow me on Twitter (@CoachKayJay) or if you want personalized tips and coaching, be sure to book a CS:GO coaching session with me. 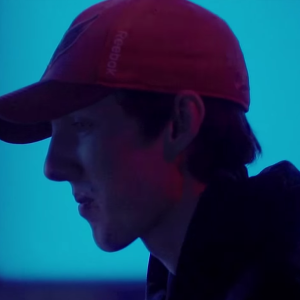