How to Box-Fight in Season 8 of Fortnite Box fighting has been a part of the Fortnite meta for many seasons. It is a crucial skill to learn and being able to box fight well will allow you to rack up more kills.

This guide will provide you with everything you need to know about how to effectively box fight in Season 8.

What Is Box Fighting?

Essentially, box fighting is when you and your opponent(s) are fighting while being close to each other in boxes.

Seems pretty simple, right? Actually, there are a lot of little techniques good box fighters use when fighting and I’ll help you to understand and master them.

The majority of box fighting revolves around taking the right peeks.

You ALWAYS want to have a right-hand peek when going for a shot because it allows you to damage your opponent while not taking damage back. There are a few viable ones that you need to master:

This is the most common box-fighting peek. In order to perform it, place a wall and edit the three upper right tiles of the wall. Then, strafe left and shoot when you’re at the highest point of your jump. Reset the wall afterwards.

Make sure that right after you make the edit, before you take the shot, you’re behind the wall. Otherwise, your opponent will have a free shot on you.

Here’s a clip of me using this technique in an arena game:

Another important peek to master is the right-hand window peek. For this peek, you want to edit a window in your wall while being on the left side of the window. Then, strafe right, shoot, and then reset the wall. Make sure to hold the wall after resetting so your opponent can’t take the wall from you.

The window you edit (either a left, centre or right window) will depend on the situation you’re in. Just make sure to always keep your character on the left side of the window before shooting in order to ensure you have a right-hand peek.

How to Approach A Box Fight

When you’re aggressing a player, you need to be careful not to get boxed.

One strategy I use when trying to take someone’s wall is to drop down on a cone and place a wall next to me. That way, if my opponent tries to go for a shot or tries to box me, I can edit my cone and wall to block any shots and escape.

Another important tip is to always have a cone or ramp in your box when going for a shot. If you don’t, your opponent can easily block your shot by putting a ramp of their own in your box.

One last thing to note is to avoid “double-smacking”. This is when you swing your pickaxe against your opponent’s wall two times in a row.

If you do this, your opponent might make an edit while you’re mid-swing, giving them a free shot. I recommend pickaxing once then holding your shotgun out in case your opponent goes for a shot. If they don’t make a move, then carry on!

If you get hit while box fighting, you’re going to want to box up and heal before playing aggressive again. Always try to create two boxes of space when healing. This extra space gives you more angles and more ways to escape if needed.

Being unpredictable is one of the most important things to do when box fighting.

Don’t keep pickaxing the same wall or going for the same edit, for example. Your opponent will catch on to this and use this to their advantage. Instead, try and vary your moves. Make a peanut butter peek the first time, then use a window peek the next time. This will confuse your opponent, allowing you to pick up an easy elimination.

The only way to get better at box fighting is to practice. I recommend trying it out in creative using the map code 7620-0771-9529.

You can either play with friends, or there is a matchmaking option that will match you up against an opponent. However, this shouldn’t be the only form of practice you do, as these box fights won’t simulate the fights you get into in a real game.

Make sure to play some pubs or arena. When you get in a box fight, try and be conscious about taking right-hand peeks and following the other tips in this guide. This will ultimately help you become a better box fighter.

I am also a Fortnite coach for Gamersrdy. If you would like more personalized tips, please book a session with me. I’d be happy to work with you and help you improve! 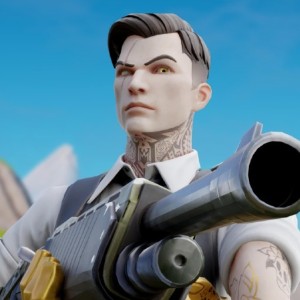