10 Things That Should Be Added to Valorant in 2021 Valorant has had a good year so far.

Twitch numbers are solid and the game is growing. The pro scene is popping with stage two of the masters finished, and the road to berlin already starting. Recently, Valorant reported that 14 million monthly users had been reached.

Despite this, though, the games developers can’t rest on their laurels. They must keep innovating and growing their market.

Here are some of the things I believe should be added to Valorant in 2021.

It definitely exists in some form already as seen in the Valorant Champions Tour. In the Tour, they have quick little replays in between rounds. I think Valorant should add this into their game.

The problem with implementing replays probably has more to do with logistics than anything else. Will it add to the game length? Probably not. We don’t need a replay of every encounter in the match, just the clutch moments at the end or the final kill.

If the game ends in an ace, then the replay system should show most of the kills of the ace. I think this would be the best addition to the game.

Extending the last addition to the game I mentioned, I think we need downloadable replays.

Just the option after a good game to save the replay would be sweet. Or when I suck and I want to know why that is, I can go back and watch my games.  This would help quite a bit for players wanting to improve, as well as pros.

The fact that I cant go to the shooting range while waiting for a match to be found is disappointing.

I came to Valorant from Rocket League where it is muscle memory to click for a match and follow it up with a click to Free Play.

Valorant, let me go shoot bots while waiting for a match!

I have been playing the game consistently for a while now and I still don’t have all the agents unlocked.

I think that Valorant should cut the “agent required” xp in half. Make it quicker. I think that would be a big addition.

Valorant only has six maps so if everyone had a constant ban on certain maps it would defeat the purpose.

We should be able to ban maps in Valorant. We have all experienced this: you end up playing a map over and over again and you just want a change.

But a short time ban on a map, I think that would be helpful. Ban a map, for let’s say three matches. Then the ban is over.

I would like to experiment with the sort of idea. The economy would need to be adjusted a little bit, but I think it could be kinda cool.

The game gets a bit constant when you are defending and you keep losing every round. In those cases, the opposing team only needs a few rounds once they have started defending.

I think that doing six rounds then changing is a cool idea. Makes it so you get to see a lot of action on both sides. Do six rounds. Switch. Do six more. Switch. Keep going til you get to 13.

I just named it plus. Call it whatever you want. Deathmatch is a lot. A lot of killing and dying. The question is: is it really helping you improve?

Make it fewer people. Currently, 14 people participate in a deathmatch. Make it ten people, or eight.

Maybe take off the shield.

Make it first one to 25. That would make deathmatch much better.

Let’s bring bots to custom games. Let me jump into a custom game, have bots on the opposing team and on my team. Make them so they can be put on different difficulties.

We would then be able to recreate in-game scenarios using the bots. Maybe my friends and I want to practice taking over a site. Let’s make it so we have a few bots on our team and a few on the site. I think this would be fun.

Now, I like the guns as things stand. I think they have a good variety. But when you watch the pros, I can predict their line-up pretty well: they go Pistol. Then they win the Pistol round. Then its the Specter. Then they move on to the Phantom or Vandal. Yeah, they have some variation but not a lot.

Well, what am I saying?  That maybe… I’m just thinking they should maybe… remove the Stinger. Sorry, Stinger!

This would make for endless possibilities. We already have some cool things in aim labs and such. But to be able to hop into what other players are creating would be sweet.

Then, when one of these mini game modes becomes incredibly popular, Valorant can add it in themselves. Win, win.

These are my thoughts on some of the changes I think that Valorant should bring to the game this year. There are certainly other possibilities and I’m sure they won’t add all of these, but hopefully, some of them will be implemented soon! 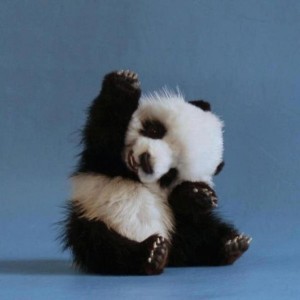